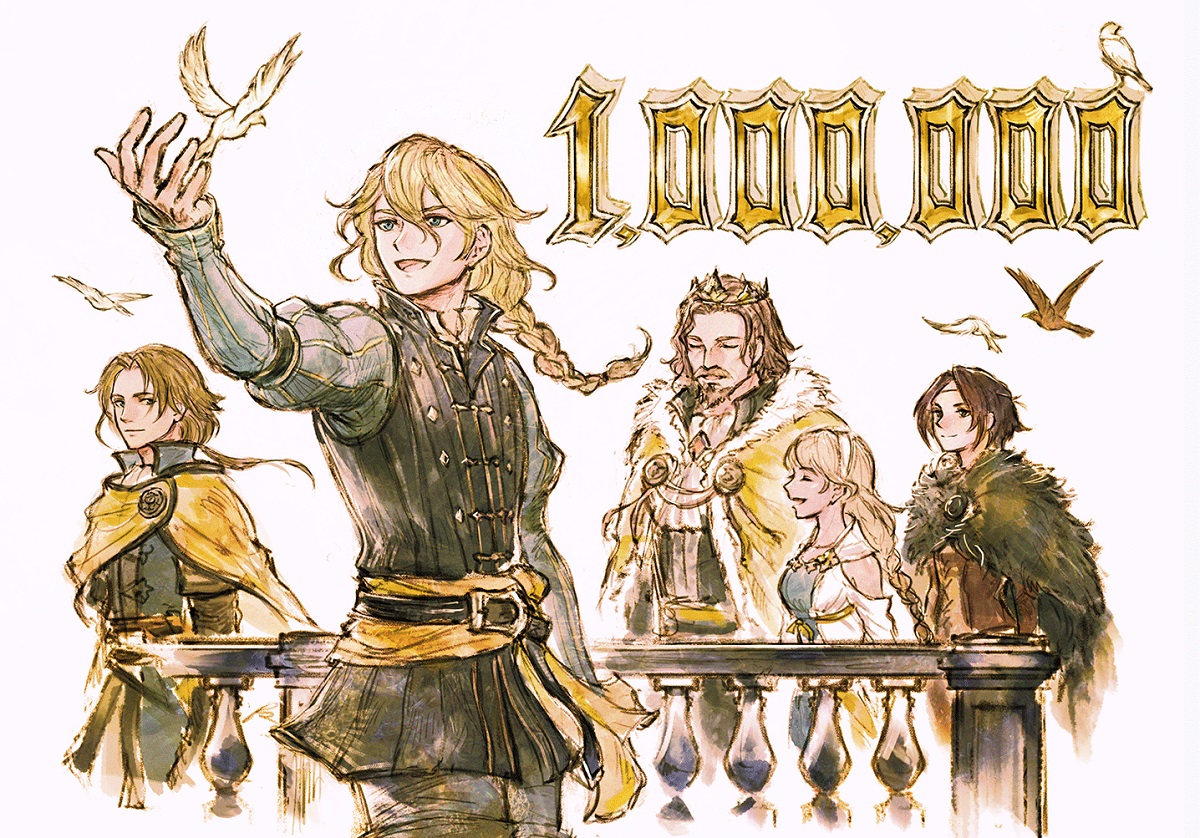 Square Enix has proudly announced that its tactical fantasy adventure Triangle Strategy has sold over one million copies. The Artdink-developed RPG launched on Nintendo Switch last spring, and recently received a sales boost thanks to the release of a PC port in October.

A turn-based tactical affair, Triangle Strategy is one of the more recent offerings from RPG veteran Tomoyo Asano, producer of such gems as Octopath Traveler and the Bravely Default franchise. The story concerns the war-torn continent of Nozelia, as three countries continue a violent conflict that has raged for some three decades. The player guides noble protagonist Serenoa Wolffort as they, (and their compatriots) attempt to negotiate the machinations of a world at war.

To celebrate the sales milestone, Square Enix has announced a limited-time 40% off sale for the PC edition, now live on Steam. So if you’re yet to get involved in the power and politics of Triangle Strategy, now presents an opportunity for you to get into the thick of the action for almost half of the retail price! While the Nintendo Switch release is also mentioned in the tweet as being part of the discount, the eShop is currently listing this edition at full price.