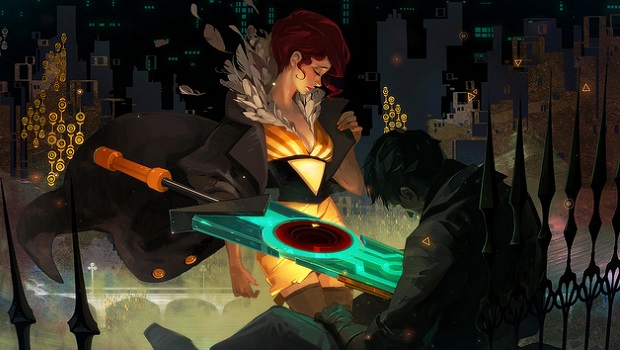 Supergiant Games’ next title will use the light bar

I’ve yet to get my hands on either of the controllers for the PlayStation 4 or Xbox One but I was lucky enough to get my hands-on time with Transistor at PAX East this year. In a blog post, Supergiant Games head Greg Kasavin outlines a neat feature of the PS4’s DualShock 4 controller that Transistor will be using, namely the customizable light bar.

I hadn’t realized Sony’s controller had such a thing, but Kasavin confirms that the light bar has helped solve a small mechanical problem. “When we tested early versions of the game… everybody noticed the voice, but not everybody could tell where it was coming from or who exactly was speaking,” Greg explains. “The light bar works really well for that. We got it to match the exact turquoise hue of the in-game weapon, and the flashing effect was in perfect sync.”

It seems Superigant has found a good use for it. I’m wondering if they have ideas about how to utilize the touch pad because that seems like the part of the controller that may get overlooked. Still, I can’t wait for Transistor — it’s definitely one of my most anticipated games of 2014.