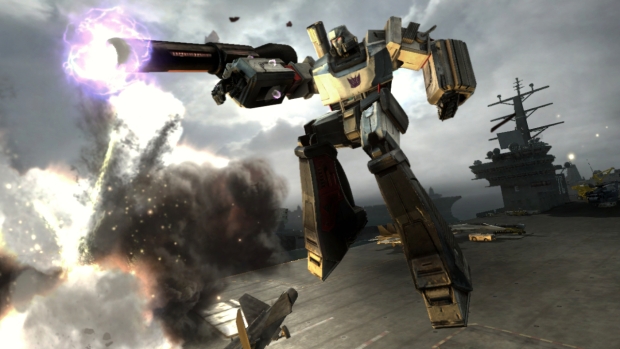 Transformers: Revenge of the Fallen the videogame is getting some awesome DLC that I wouldn’t mind paying for. Mind you, I’m still waiting for the game to hit bargain bins before actually picking the game up.

Anyway, if you hate how the Transformers look like now, you won’t have to put up with it any longer. A DLC pack is coming where you’ll be able to play as Generation One versions of Optimus Prime, Megatron, Starscream and Sunstorm. Soundwave, Sideswipe, Jazz and Jetfire are also coming along for the DLC ride plus some new skins for Ratchet, Sideswipe and Bumblebee.

You’ll also be getting some new maps: