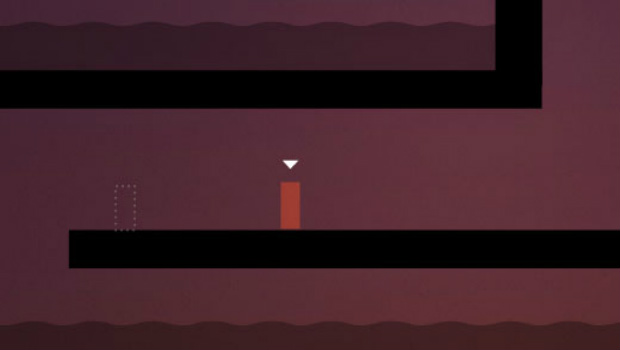 Last year, game designer Mike Bithell crafted a flash puzzle prototype — Thomas Was Alone — in 24 hours. It was a game that emphasized friendship and teamwork as you moved Thomas and his chums to specific areas by working together. For example, a small block could ride on an oblong block as it floats through water. It was fairly minimalist, with the characters represented by differently shaped blocks, but managed to strike a chord with Conrad, who checked it out.

A year on, Mike has been working to turn this into a full game. It’s coming out in April next year as a downloadable title for PC and Mac. The trailer has me intrigued, despite the simple appearance of the levels and the music is certain to add ambiance. Keep an eye out for this one, folks.