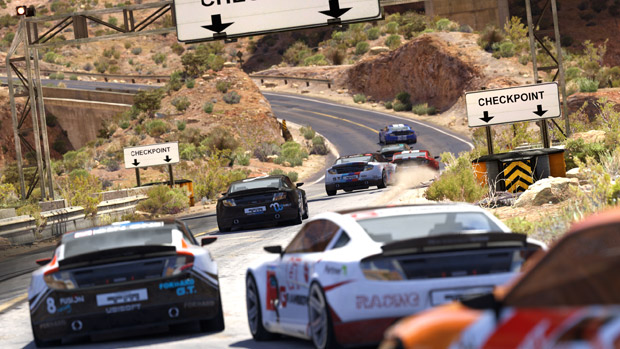 Nadeo and Ubisoft have pushed out some more details on TrackMania 2 Canyon. Namely, the closed beta for the sequel is going to start in July, with ManiaPlanet — a connected system for PC which contains tools that allow for user-made “game creation and participation” — also gearing up around then.

So, what exactly is ManiaPlanet? Think along the lines of features you saw in TrackMania — a map editor, an explorer for created content, ranking, and matchmaking. TrackMania 2 Canyon will be the first title to release on this system, followed by its shooter and RPG counterparts ShootMania and QuestMania, respectively.

Essentially, it’s all about the community. While we don’t have any substantial information on ShootMania or QuestMania yet, the former is getting a closed beta “in the coming months.” Similarly, the latter will have a beta “at a later date.” Both of these seem strangely compelling to me. Also, TrackMania 2 looks ridiculous.