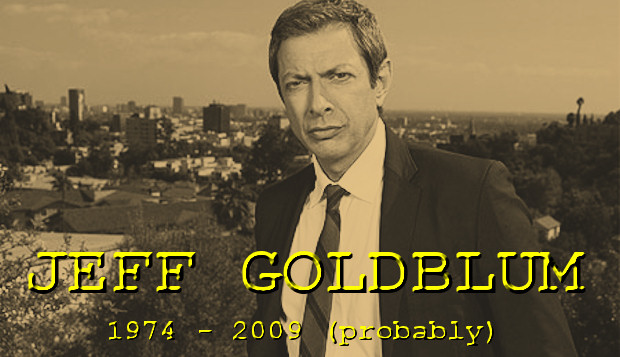 A very sad and tragic thing occurred this past week. As you may have heard by now, a treasured American legend died. His name was Jeff Goldblum, and even though I haven’t seen any official confirmation of his death, it is my job as a videogame blogger to desperately try and piece together a tenuous link to Goldblum so I can post about him in an obvious bid to reap pageviews off the back of it.

As a heartfelt tribute to the late Hollywood actor, and not a cynical show of crocodile tears spewed up to attract a little extra traffic on a subject that a games blog has no real business addressing, I present to you our top ten Jeff Goldblum-related videogames. Join me in this sincere mourning of a dead celebrity who is dead I think.

How could you have a tribute to Jeff Goldblum-related videogames without including Jurassic Park? Goldblum was one of the highlights of Steven Spielberg’s critically acclaimed dinosaur movie, and even though he wasn’t in any of the games, it’s still related to Jeff Goldblum so I can write about it, thanks.

There were many Jurassic Park games to choose from, and of course we’re going to go with the Genesis version, which was the best one because you could be a velociraptor and do biting in it. You could also play as Dr. Grant, but if you squint your eyes and pretend he’s not wearing a hat, you can make out that you’re instead playing Goldblum’s character, whatever that guy was called.

2. Captain Planet and the Planeteers:

Did you know that Jeff Goldblum played the rat guy in the Captain Planet cartoon? Well he did, and now you know! This also means that we have yet another barely-existent link between videogames and a dead actor, so we’re already two-for-two! I once saw an episode of Captain Planet (and the Planeteers, obviously) where Jeff Goldblum’s evil rat character (Dr. Independence Day) poisoned a well and turned a village into rat mutants. It was really scary and I have not been able to sleep ever since.

Anyway, there were five levels that basically ripped off the Silver Surfer game, and I don’t know if Jeff Goldblum was in it because I haven’t played it. That hasn’t stopped me from including it in this nostalgic article though. I’ll just pretend I loved it because old videogames are popular.

As a fun fact, even though original scenes from the film are included in the game, the original actors’ faces are edited out because nobody signed a release form. Further cutscenes starred lookalike actors, including somebody who looked like Goldblum, probably. Just another great fact that completely validates this article’s existence. At least it proves that not having Jeff around is no reason to stop making Jurassic Park games, so we can be grateful for that.

Fat Dennis Nedry is in it.

One of Jeff Goldblum’s most famous films is Independence Day, where he played a United States fighter pilot who took on aliens, before a couple of guys who were up to no good started making trouble in his neighborhood. He got into one little fight and his mom got scared and said he’s living with his auntie and uncle in Bel Air. Then he wiki’d the Wild Wild West.

A game based on the awesome movie (which was scary when the little aliens came out of the big aliens’ heads but it was funny when Jeff Goldblum, playing the character of Dr. Tommy Lee Jones, punched it.) was made for the PlayStation, PC, Sega Saturn and Mobile phones. It was a flying shooter game and it had multiplayer, which was amazing because it was released before Halo invented online games. This title was a real trailblazer!

Baxter the Fly is a boss in one of the Teenage Mutant Ninja Turtles games. I can’t remember which one, but he is definitely in it and if he wasn’t shut up anyway because he was in the cartoon and that counts. Jeff Goldblum also played a fly in the film The Fly II, so that means it is related.

Goldblum played Dr. Chaos Theory and broke a guy’s arm which looked proper gory. He then sicked up all on his food and ate the food just like a real fly and everybody watching it felt sick and were sick on each other and there was so much sick. Goldblum wasn’t even acting, it was his sick and he ate it.

Weird fact: Jeff Goldblum starred in two films during the nineties that were about dinosaurs and he played a similar character in each one. Even weirder, they both had the words “Jurassic” and “Park” in the title, despite being completely unrelated films. The Lost World: Jurassic Park is nothing like Jurassic Park because it has a different name and isn’t set in a park. I think it was supposed to be a very unsubtle plagiarism of the original film, which was really uncool, and to be honest, I’m a bit disgusted in Jeff Goldblum for taking part in such intellectual theft. God rest his dead soul.

Much like the film, the videogame version of The Lost World copies the Jurassic Park game a bit because you can be a velociraptor if you want. However, you can also play as a Tyrant Saurus and a Copythignisisysionsauronsauronsaurus. You can play as humans too, yet Goldblum’s character, Dr. Jack Bellicec, is nowhere to be seen.

Oh games industry, only now, in light of recent tragedies, do you pay for your disrespect.

Jeff Goldblum looked a bit like a fish and this game had fish in it so it works.

I mean the arcade game this time!

This was a rail shooter arcade title that I think I once played in a nasty little arcade in Bexleyheath (opposite the ASDA) but I might be confusing it with Marvel vs. Capcom.  It wasn’t that great because you had to use a joystick to play it instead of plastic guns. House of the Dead had plastic guns, and so did Drum Master, so why Michael Crichton was too lazy to make one for this arcade game, I’ll never know. 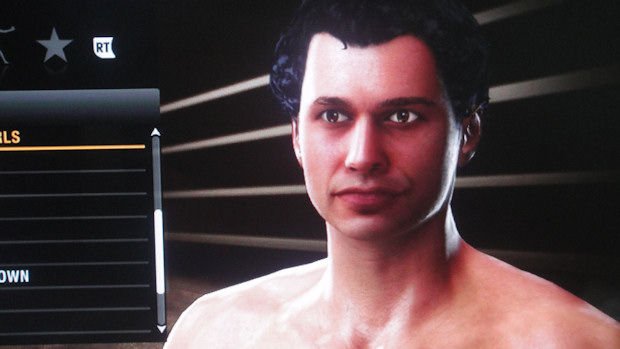 The most poignant part of Fight Night Round 4 is the fact that you can, using the miracle of interactive technology, recreate Jeff Goldblum’s death, blow by blow, giving a chilling and personal account of what happened to the troubled superstar in those final, tragic hours … 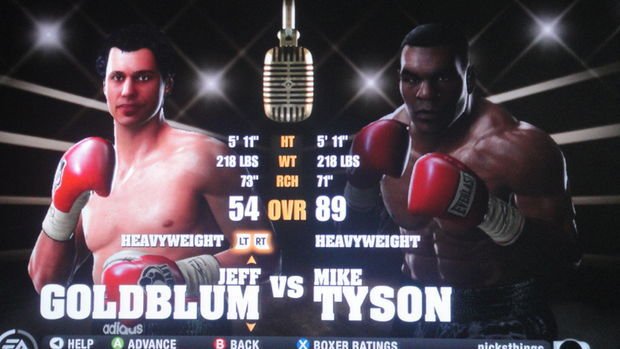 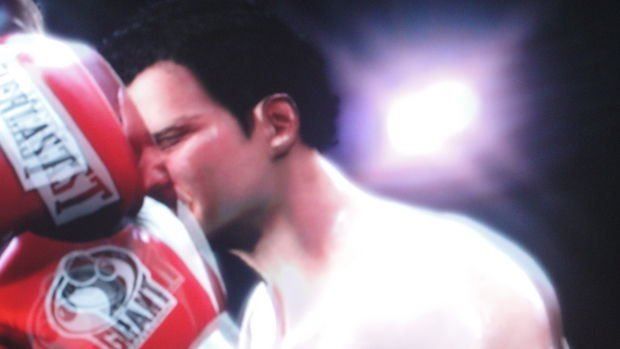 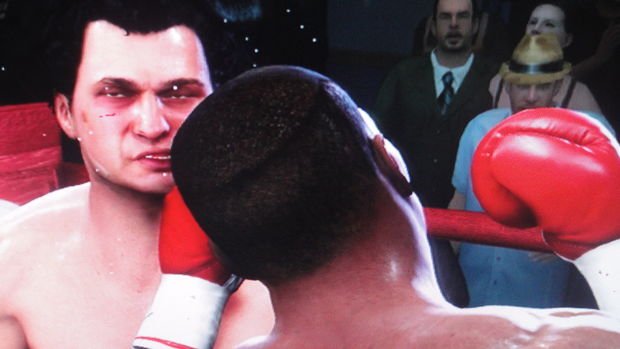 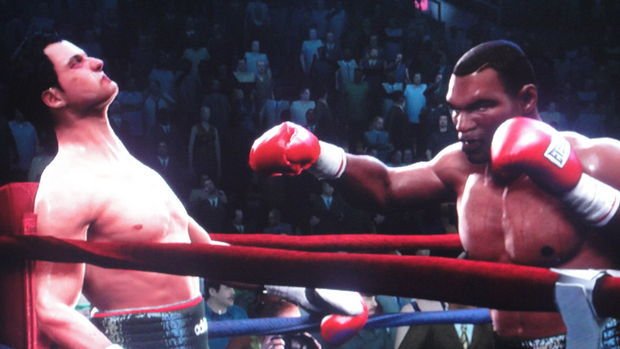 Jeff Goldblum, we are in mourning on this day. A nation grieves. People will pray, and those prayers will matter. Never forget. I should have been the one to fill your dark heart with light. You must defeat Sheng Long to have a chance.

Shine on, you crazy diamond that looked like a Boglin.