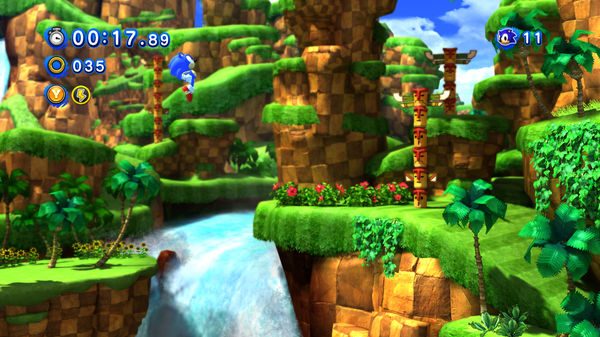 [Everyone welcome Timothy Monbleau to Destructoid! As you may have noticed, we put out a call for freelancers recently, and Timothy answered that call. Amazingly, they’ve even graced the front page before! – Chris Carter.]

Sonic The Hedgehog. One of the most iconic video game characters ever created. He runs at the speed of sound, saves animals from robots, and best of all, he’s colored blue and has been in legitimately fantastic games. Though the blue blur is nowadays pretty synonymous with surreal internet memes, it’s important to remember the classic titles that made him the icon he is today.

For example, consider our list of the top 5 Sonic The Hedgehog games ever released. 3D Sonic games are often polarizing, but Sonic Adventure 2 edges out the first Adventure game for me. At its best, it features fantastic level design that emphasizes Sonic’s famous sense of speed. At its worst, it tells a cheesy story with bizarre audio mixing that somehow makes the game more memorable. And one thing no one can deny is the quality of the soundtrack. “City Escape” and “Live and Learn” are jams for the ages!

It’s also impossible to talk about Sonic Adventure 2 without paying homage to the surprisingly in-depth Chao Garden minigame. I will never forget buying a strategy guide just because I wanted a Dark Chaos Chao that bad. Sonic the Hedgehog 2 is your bread and butter, meat and potatoes Sonic game. Between the tight controls, iconic levels, and blistering speed, Sonic 2 solidifies what makes te series great. It’s hard to imagine that Sonic didn’t have his sidekick Tails and the spin dash ability until this title.

My only complaint with Sonic 2 is the lack of rings you get in the last stage. Fighting the game’s final boss as a kid was how I figured out that stress exists. 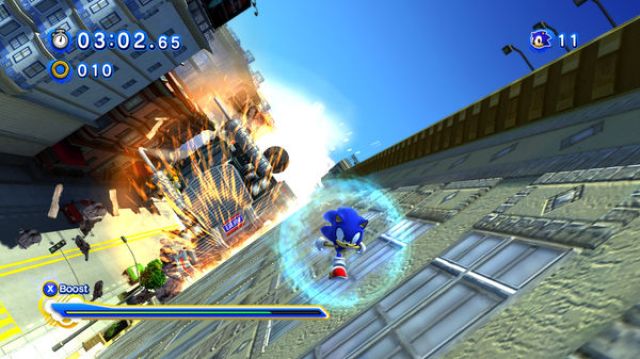 If there was ever a game that bridged the fans of 2D and 3D Sonic titles, it’s Sonic Generations. On paper, a greatest-hits collection of past Sonic stages should be a cheap gimmick. In execution, the level design is so fine-tuned that Sonic Generations earns its own identity. The game goes so hard that even the level from Sonic the Hedgehog (2006) is fun to play — even if it is a stark reminder that Sonic ’06 exists.

As a fan firmly on the side of 2D Sonic, I was surprised by how much I loved the 3D stages in Generations. Even if the fanservice on display means nothing to you, Sonic Generations is still a quality title. If Sonic Generations is a celebration of the franchise, Sonic Mania is a full-on holiday. It’s impossible to mention Sonic Mania without referencing its team of developers rooted in creating Sonic fan games, but it drives home just how incredible it is that Sonic Mania even exists. This game could have been a remaster of classic Sonic levels and still earned its place in history. Yet Sonic Mania goes above and beyond with wildly inventive gimmicks and new stages that showcase developer Headcannon’s overflowing creativity.

Sonic Mania is the most consistently fun Sonic game ever created. Even its minor hiccups are often the result of trying ambitious ideas. It’s a game so good that I thought about crowning it the best Sonic The Hedgehog game. However, by the margin of a razor-thin edge, I must give the nod to… Yet it’s the little things that make Sonic 3 and Knuckles so special. It’s the way stages transform between acts with new music and set pieces, like Act 2 of Angel Island. It’s the story told without dialogue that ties all the levels together. Even if the Adventure series was still a full four years away, Sonic 3 and Knuckles was the first Sonic game to feel like an adventure.

Sonic 3 and Knuckles is, arguably, less consistent than Sonic Mania (perhaps because it was split into two games). Yet with all-time series highs like Sky Sanctuary, it’s easy to see why this is considered by many the best Sonic The Hedgehog game. My only grievance is that I can’t use the patented Lock-On technology of Sonic & Knuckles to recruit Knuckles in Shining Force II.

Filed under... #Classics#Lists#retro#Sega#Sonic the Hedgehog