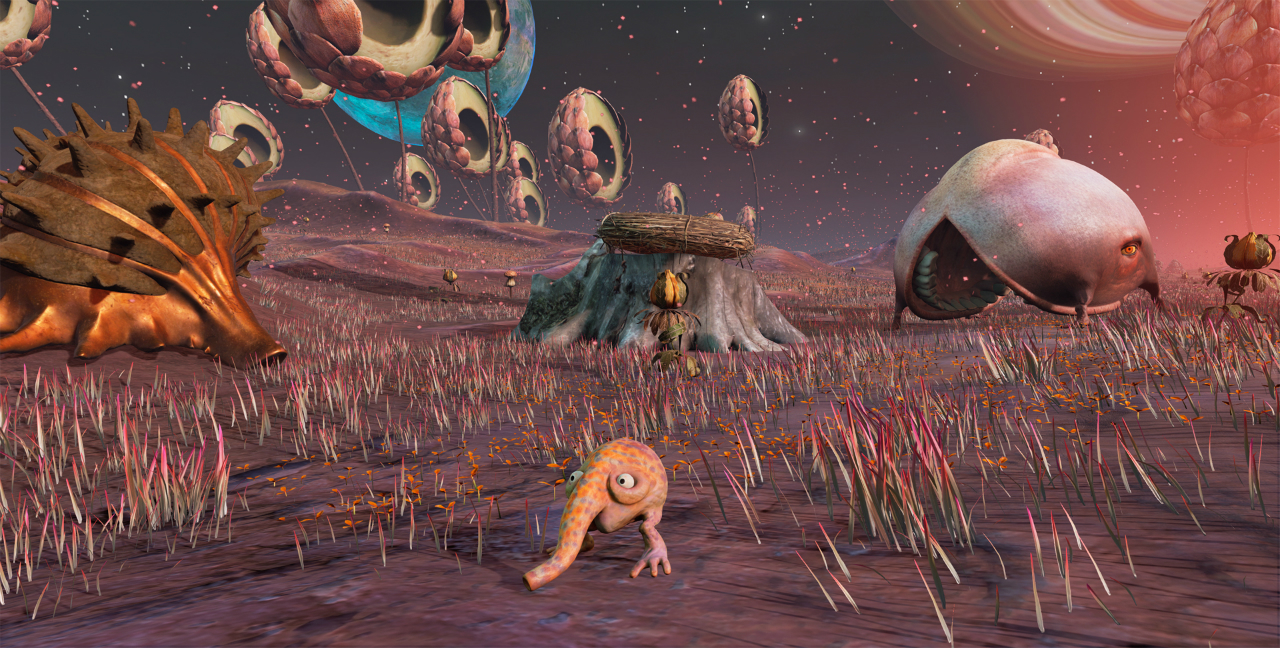 Not to mention hippo trucks

ACE Team has created some bizarre stuff in the past (Zeno Clash, Rock of Ages, anyone?), but co-founder Carlos Bordeu has pushed even further with Endless Cylinder.

You hatch from an egg on a strange planet as a small bipedal creature. Due to his large trunk he shall henceforth be known as dicknose. As the lil’ guy comes to terms with his hostile new surroundings, including a toothcrotch creature and a hippotruck hybrid, he sees the titular cylinder. It rolls ever-forward, destroying all on the horizon. Dicknose begins to run.

And that’s all we know for now! It’s super early, gorgeous thanks to Unreal Engine 4, and altogether intriguing. I want to see where this one goes.