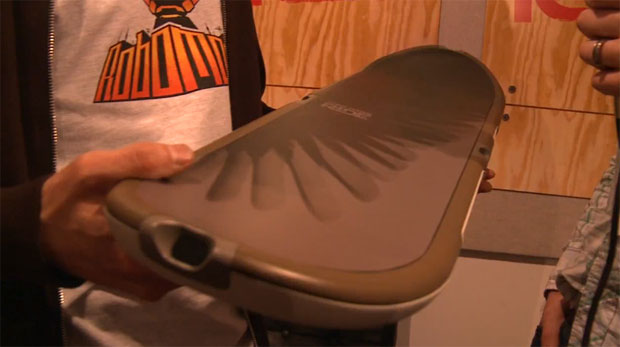 Start socking away your money now — Activision has announced that Tony Hawk: Ride and its fancy skateboard controller will hit shelves on November 17, just in time for the hot, holiday shopping rush. The bundle will run you $119.99 for Xbox 360, PlayStation 3, or Wii.

Personally, I’m looking forward to getting this thing in my living room to test it out in the privacy of my own home. When I went feet on with it at E3, I didn’t fare so well. A few months later, I tried it out at event in New York City, and was still terrible. In my defense, standing on the board for the first time in front of folks from the game’s developer Robomodo and intoxicated peers is a bit nerve-wracking.

Check out the board and game in action, along with our interview with Robomodo’s Josh Tsui at E3. Maybe it’ll help you make the $119.99 decision better.