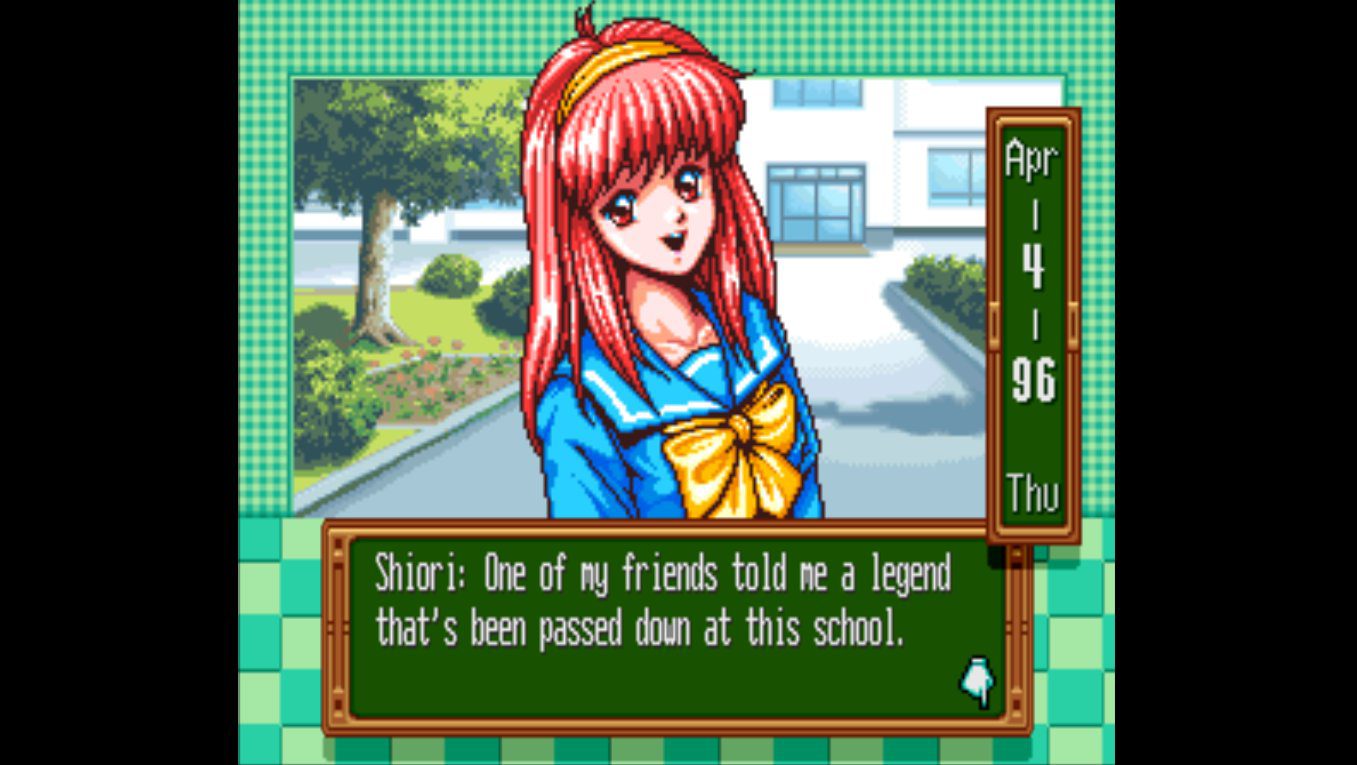 Heartthrob Memorial is open for lovelorn players in the west

There are still a good few influential gaming classics that have yet to see an official English translation. This includes ’90s dating sim Tokimeki Memorial. Downtrodden dating sim fans have something to celebrate: the fan translation of the Super Famicom version is out now.

The patch for Heartthrob Memorial: Under the Tree of Legends is here!https://t.co/4SDiyXGmpc

The PC Engine version's animated intro is in, along with sing-along English lyrics for the intro AND ending song! The confession scenes are now fully voiced, too! (It's a miracle!) pic.twitter.com/62GMBslEi6

Though it came two years after the PC Engine version of Tokimeki Memorial, the Super Famicom version had some notorious limitations compared to other versions, like lack of voice acting.

The Heartthrob Memorial fan translation team actually put some extra work in to spruce up this version, however. The animated intro from the PC Engine version is in the package. So are sing-along lyrics for the intro and ending song, and fully voiced confession scenes.

It’s exciting enough to have this classic Konami dating sim available in English. The clamor for it has only escalated over the last year or so, due in large part to a video essay from Action Button’s Tim Rogers.

Now, players can try to re-live their high school days, train their mind and muscles, attend club activities, and woo Shiori (or one of the many other girls) in English. It’s always a good thing when these games, from early classics like Tokimeki Memorial to more niche games, are made available for more players.

Check out the Heartthrob Memorial: Under the Tree of Legends fan translation patch here.