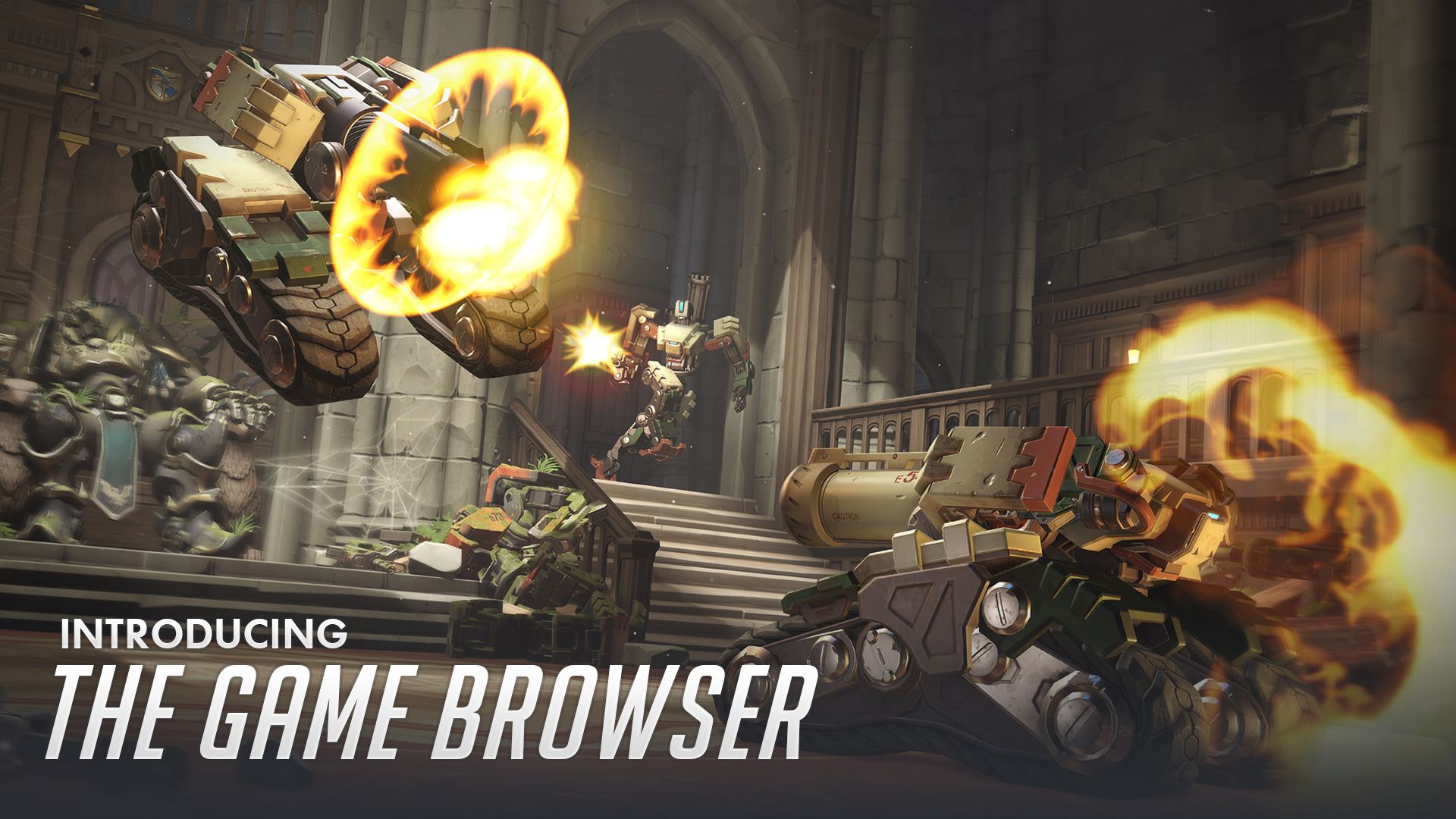 Big changes for Bastion, too

I know we’re antsy for a new hero, but today’s update for Overwatch on PC and consoles deals with the promised Game Browser and tweaks to characters like Bastion and Roadhog, among other changes.

This video tells you most everything you need to know about the new custom game feature in general terms, so give that a look if you’d be a dear. Accessible through the Arcade menu, you can use the Game Browser to mess with the rules concerning maps, modes, and heroes to make your own game type that you can then play with friends only or open up to the public. And if you’re not in a creative mood, you can just peruse the server browser and filter through other player-made modes.

Besides the character-specific changes, which you can find in great detail in the full patch notes, it’s worth specifically calling out a couple of things here. First, Capture the Flag has proven popular enough to stay around, and it’ll now reside in Overwatch as an “ongoing mode” in the Arcade.

Second, Blizzard has enabled a respawn delay, which is described as follows: “When attackers outnumber defenders while taking a control point on Assault, Escort and Assault/Escort maps, the defenders’ respawn time will slowly increase until it hits a maximum value or the defense manages to gain the upper hand.” I’m dying to see how that alteration plays out in live matches, but the idea is to deter defending teams from recklessly throwing themselves at the point to stall.

In terms of the Bastion rework, “The goal of these changes is to move some of Bastion’s power from Configuration: Sentry to Recon, while keeping its sentry mode a strong option, especially versus tanks and barriers,” according to Blizzard. And while Roadhog’s terribly annoying hook has become less powerful overall as of this update, “his gun is now more effective when not using the hook.”