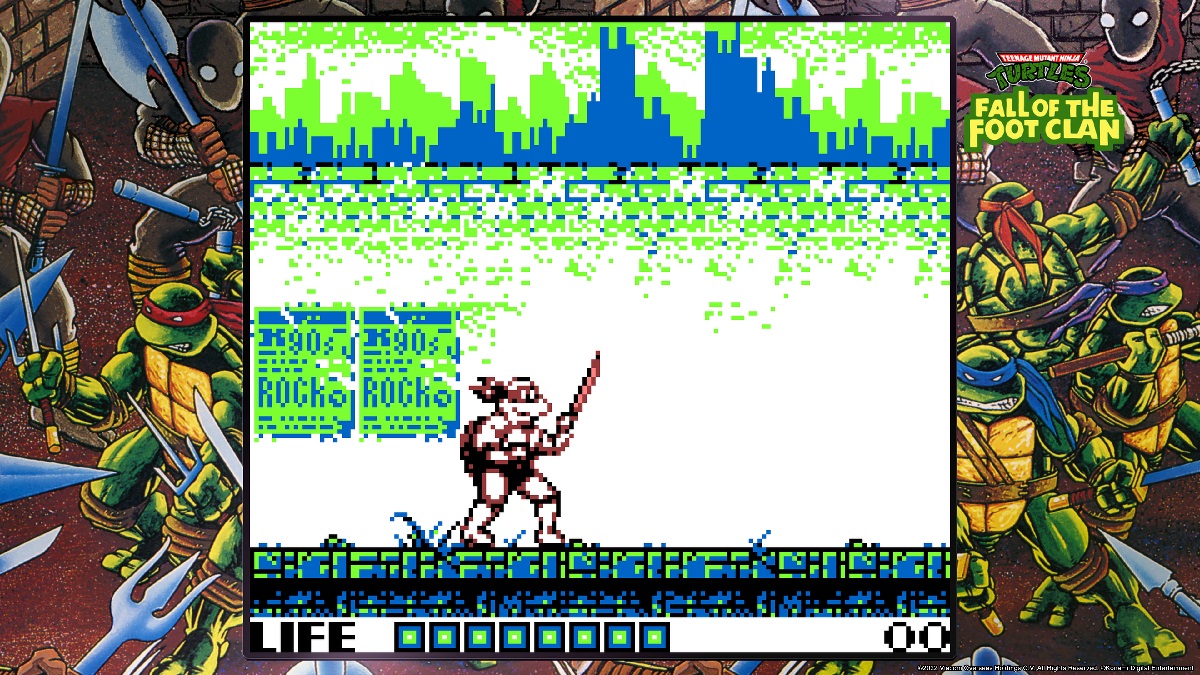 Growin’ up in a glass bowl…

Digital Eclipse has released a major update for its tubular anthology TMNT: The Cowabunga Collection — Now available to download on all platforms, the patch features a fistful of highly-requested tweaks across all titles, as well as a fresh round of bug stomps and improved online capabilities.

There are a shelluva lot of changes listed in the official patch notes, with notable examples being PS4 controller support for the PS5 edition, arcade stick support for Xbox platforms, and a selection of four filters for all included Game Boy titles. Additionally, a variety of additional dip switch and option settings have been applied to several titles, while new tips have been added to the in-game strategy guides.

In regard to online connectivity, TMNT IV: Turtles in Time now supports online multiplayer, while a future update will add the same feature to TMNT III: The Manhatten Project. Across the board, improvements have been made to all games’ online stability, while players can setup up lobbies for the two arcade releases, limiting them to two-to-four players as desired. In addition to all of the above, several bugs have been patched out, while fixes have been applied to the collection’s U.I. and menus.

TMNT: The Cowabunga Collection almost seems too good to be true. Usually, when a collection such as this is put together, red tape and licensing snafus always leave several titles off-grid, but Konami has successfully gathered together all of the most memorable TMNT adventures from arcade, home console, and handheld, packaged together with fun features and online support. With this new update, (and further updates planned), the collection remains an absolute must-buy for any fan of the Heroes in a Half-Shell.