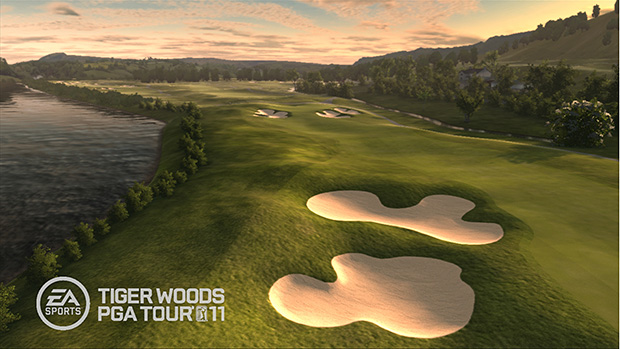 Last year, EA Sports scored a bona-fide hit on the Wii with Tiger Woods PGA Tour 10, the first game in the series with MotionPlus functionality. (The game was packaged with one MotionPlus unit.) Apparently, though, many of the folks who bought a copy last June have had their fill of virtual golf — or, to be precise, of Tiger Woods — for now.

In January, EA Sports president asserted that the scandal had not adversely affected sales of Tiger Woods PGA Tour 10, but that was only two months after the news broke — maybe people have thought about Woods some more since then and decided against buying a game with his name and face on it. Cowan & Company analyst Doug Creutz notes that the 86% decline in Wii sales is “particularly catastrophic,” even if you take into account last year’s MotionPlus pack-in:

Although this is probably due in part to the fact that last year’s version shipped bundled with Nintendo’s new MotionPlus controller, we are concerned that Woods’ scandal woes may have permanently damaged the sales potential of what we believe to be EA’s third most important sports franchise, behind Madden and FIFA.

Maybe next year’s golf game will just be called “PGA Tour Golf” or something.

Woods scandal “may have permanently damaged” sales [GamesIndustry.biz — thanks, Joe!]