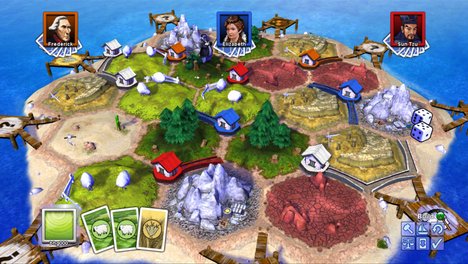 Trying to make up for those missing weeks, it looks as is Microsoft is now ready to pump up the XBLA library. This week, XBLA fans will be able to download three games — if they want. Here’s what you’ll be able to get:

While you may know Centipede and Millipede, chances are you’ve never heard of Catan — which will be 800 Microsoft Points. Here’s the description:

“Catan” from Big Huge Games is the Xbox LIVE Arcade edition of the legendary multiplayer board game Settlers of Catan. With over 10 million units sold, Settlers of Catan is one of the most popular board games to hail from Europe, and has been translated into twenty-five languages from the original German.

“Catan” for Xbox LIVE Arcade puts players in the role of colonists on a newly discovered island, where they vie for control of valuable territory and resources through strategy and trading. The game can be learned in just minutes, but will challenge players of all skill levels, even the experts!