Firemonkeys talks Time-Shifted Multiplayer and the horsepower behind the game

Firemonkeys’ Real Racing series is synonymous with mobile racing games, and the studio is poised for the worldwide release of the third installment, Real Racing 3, on iOS and Android devices later this month.

Real Racing 3 will bring with it 45 meticulously detailed cars that run the gamut of 12 manufacturers, including Ford, Dodge, and Porsche; eight locales with a multitude of variations of each; and over 900 events spanning cup races, drag races, and elimination challenges. More importantly, though, Real Racing 3 brings its new Time-Shifted Multiplayer, essentially an evolution of racing against ghost data that incorporates the records of both your friends and players worldwide.

If this sounds ambitious, that’s because it is. But in the case of Real Racing 3, this is an evolution that works. 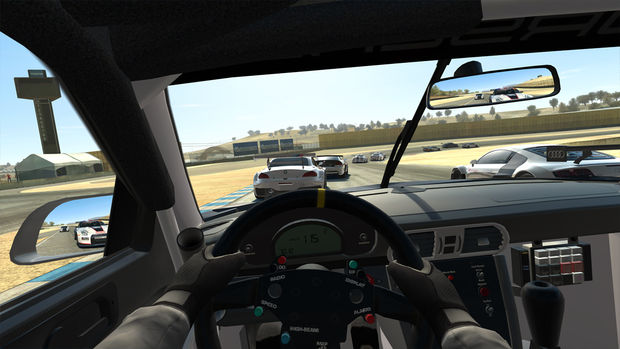 There’s no real-time multiplayer in Real Racing 3; instead, you’ll be racing and potentially besting the records of both your friends and random drivers worldwide.

Real Racing 3’s Time-Shifted Multiplayer works like this: you compete in a race, the game records your time and racing style from that race, that record then gets uploaded to Real Racing 3’s servers and it appears on the devices of racers across the world for them to beat, with your avatar displayed above the vehicle.

“With ghost racing, it’s a bit dry,” programmer Ptolemy Oebrin said to Destructoid during a hands-on event. “It’s just one time and there’s usually nobody else on the track. You’re just trying to beat the time and that’s it.”

“The other alternative is real-time multiplayer where they’re actually driving, but then you have to organize for them to be there, and that can be a pain. So we tried to combine the two by recording and uploading your friends’ statistics to our server, and we can have our A.I. act like them and you’re in the race with them. So it’s kind of a cross between ghost data and real-time multiplayer.”

The recorded data won’t be allowed to follow a simple, pre-determined line, though, as is the case with typical ghost racing. Statistically, the game will match the other players’ time, but Oebrin explains that knocking them off the track and crashing into them will ultimately have a negative effect on their time, allowing you to overtake them. 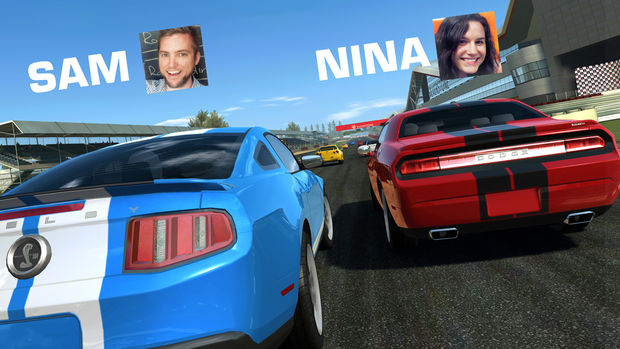 Linking Real Racing 3 with your Facebook or iOS’ GameCenter will allow the game to pull in the data of your friends, at which point their avatars will pop up on events where they’ve bested you. If you happen to return the favor, they’ll receive a push-notification on their device telling them so. It’s a constant struggle for first place in Real Racing 3, one which will seemingly provide endless replay value for enthusiasts.

The cars in which you’ll be racing in Real Racing 3 are made up of 30,000 polygons, Oebrin said, which is roughly six times the amount that was found in Real Racing 2, and the same polygon count found in games on current-generation consoles. This attention to detail is prominently shown when in-game and panning around the cars off the track, as everything from the treads on the tires to the in-vehicle cockpit view are extremely detailed. It’s astounding to know that Real Racing 3 runs on mobile hardware.

These extreme details also come into play when the vehicles take damage, and a vast amount of it will negatively impact the car’s performance. While you can go a few races with a smashed headlight, taking a head-on crash into a wall could prove to be less than useful when taking your machine out in another race. You’ll need to regularly repair your vehicle in order to keep it in tip-top condition, as having extravagant damage can lead to decreased acceleration time or less-than-stellar brakes.

In addition to physical damage, services including oil changes and brake repairs will also need to take place to ensure you’re getting every ounce of possible horsepower out of your ride. These services will take longer to complete, but they also take longer to build up when compared to the constant physical damage your car will endure. 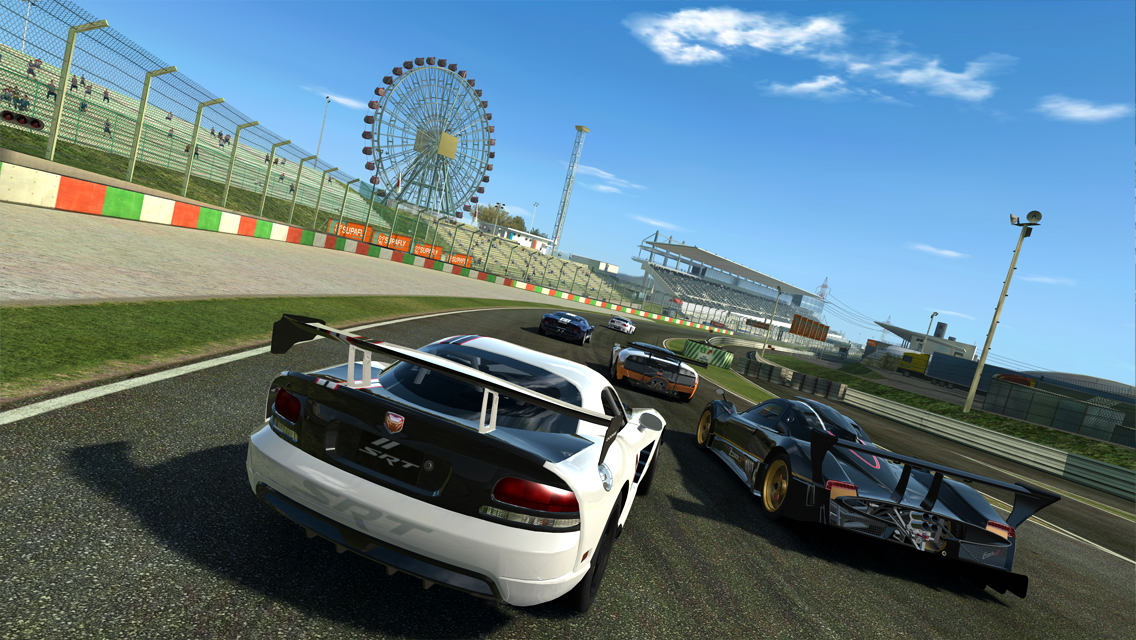 During repairs, you can either leave your vehicle in the shop and continue to race with another ride — if the repair happens to require a long time — or you can pay a little more for insta-repair.

Unlike past entries, Real Racing 3 is a free-to-play title, though those willing to shell out the real-world cash can pay for faster upgrades and things of that ilk — the usual method found in “freemium” titles. You don’t need to pay a dime to get that Shelby Mustang, it’s just going to take a little while to obtain the old-fashioned way with in-game currency.

Real Racing 3 will see a worldwide release on Apple’s App Store, Google’s Play Store, and Amazon Marketplace on February 28. It will run on iPhone 4 and up, iPad 2 and up and the most recent Android devices, though Firemonkeys didn’t confirm exactly which.