Today’s gaming setup belongs to Zagieman. He has multiple displays that are only used with specific consoles, a ton of games, a banjo and a nice looking yellow shelf! Check out more pictures of his setup over on his C Blog.

Mikey is selling himself, Chad swam with dolphins, Phallus Knife Fight is hilarious, Maxpower is a craft master, Anus McPhanus is a zombie, power-glove started a new blog series, lastSKYsamurai made some Mr. Destructoid helmets and plenty more happened this past week in the community.

Mikey is selling himself! He’s taking commissions and you can find out the rates over on his C Blog.

Chad Concelmo finally got to swim with dolphins thanks to the various community members from Dtoid. Check out Chad’s blog for a ton of pictures of Chad having the best day ever. Speaking of Chad, he doesn’t change facial expressions!

megaStryke got himself some megaAwesome! He found a pimped out Pioneer LaserActive that can play TurboGrafx-16, TurboGrafx-CD, Sega Genesis and Sega CD games all for just $200. This thing can easily sell for over $1000 on eBay.

Join HarassmentPanda and others for some Shadowrun fun!

Trev shows us that Paint.NET is pretty good.

Holy win, Batmeng! Maxpower is awesome! Check out this Bowser head that he made himself!

CelicaCrazed is promoting healthy living with the Dtoid Running Group. If you’re into running, join the club!

How Funktastic has any room left for any of his hauls is beyond me.

Hey, there’s a DtoidDenver group now! Go join it if you’re in the area!

Crazy things happen in the irc.

Check out some of GrumpyTurtle’s awesome videogame drawings.

Shit. Zen Albatross got mugged. His Game Boy and Little Sound DJ got jacked. I do have to agree with Atheistium though.

Wardorx and Anus McPhanus both got to check out Resident Evil 5 at a little Capcom party this past week. Anus McPhanus also won the look like a Zombie whilst we take a pic of you competition! Brains!

power-glove has started a monthly series called Monthly Lulz. It’s like the Monthly Musings and for the debut of the series, power-glove wants to see blogs about videogame fashion. Nintendoll already wrote one up! 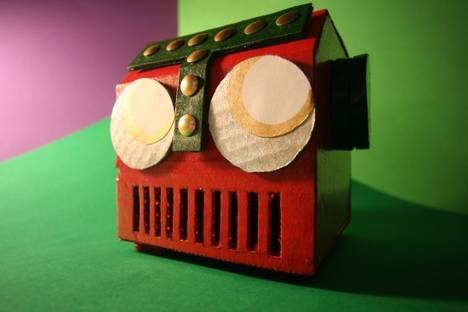