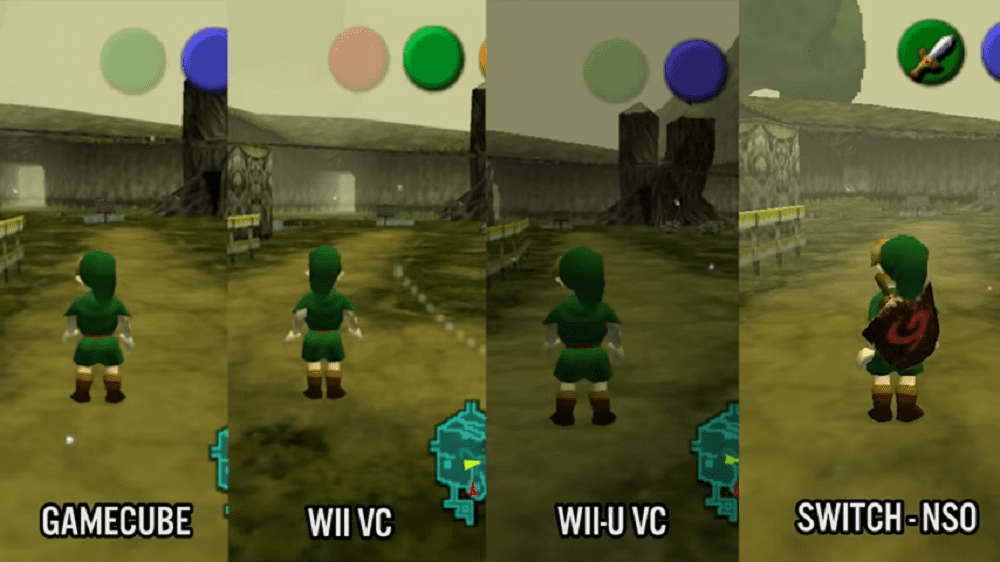 At first it was way up, then slowly declined

Modern Vintage Gamer (MVG) recently touched upon something a lot of people have been wondering about lately: what happened with N64 emulation on the Switch?

I mean, Nintendo used to deliver good, maybe even ideal N64 emulation experiences. It’s generally agreed upon that the GameCube version of Ocarina of Time (which was done via an internally developed emulator) is great, and the Wii’s N64 offerings were above par too. But MVG posits that something happened between the Wii and the Wii U generation, as Nintendo’s handling of emulation has gotten worse.

Strangely, this saga has been going on as far back as 2001, and this thread from Twitter user Kieran actually sheds some light on how this all got started. The development team that was responsible for the beloved emulation from Ocarina of Time on through the Wii Virtual Console left Nintendo around 2011. That very team was led by Stephen Lee, a legendary software engineer that was responsible for several works at Nintendo: including the emulation for N64 on the GameCube and Wii. Their work on the Wii in particular, which custom-tailored emulators for each game, is still heralded as one of the best official examples of emulation to date.

Post-2011, Kieran alleges Nintendo decided to “reinvent the wheel” and do their own thing. As most of us know, regardless of what happened behind the scenes, that effort didn’t pan out: and we’re still feeling the results today. A lot of this funnels into Nintendo’s ideology as a whole, leading into the “not invented here” principle.

Really, it’s a shame all around. Hopefully, unlike the Wii U, Nintendo will make this right on the Switch: given that it has a much larger playerbase, and there’s more at stake, long term, in terms of company loyalty. Even if that doesn’t happen, we at least have a better idea of how we got to this point. Maybe other companies can avoid the same fate.