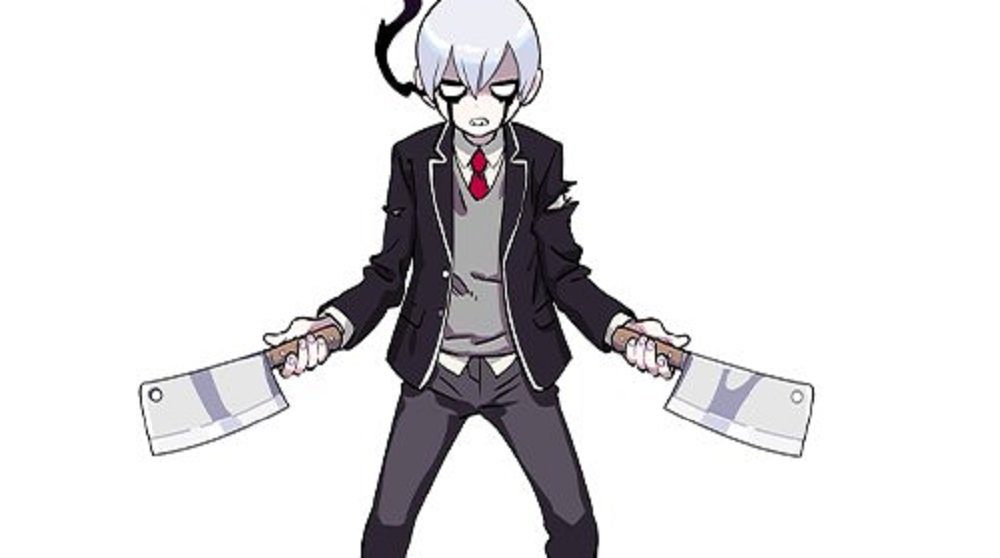 One of the key features that made WayForward’s high-school brawler River City Girls so utterly appealing was its wicked cast of characters. Led by the dynamic duo of Misako and Kyoko, RCG was absolutely bursting fun enemies, shopkeepers, bystanders and boss characters. So many neat characters, in fact, that sadly not everyone got a turn getting their nose broken.

Apropos of nothing, WayForward has released an image of one such boss character that didn’t make the cut for the bone-breaking punch-up. According to the publisher, “Noroi” was a kind-hearted schoolkid possessed by a malicious Yokai demon, turning him into a meat-cleaver wielding maniac with a ghostly visage. The River City Girls cast was already pretty much packed-out, and our boy never made it off the page.

River City Girls has an amazing array of Big Bads, from franchise favorites such as Misuzu and Abobo, to the amazing arachnid fashionista Hibari, the hard-rockin’ but troubled megastar Noize, and the sexy, sword-swinging, crime lord Sabuko. There isn’t a dud among them, which just leaves one wondering what other awesome design ideas hit the cutting room floor alongside the demonic Noroi. So knuckle up, ladies, it looks like there still might be further evil lurking in the avenues and alleyways of your burned-out ‘burg.

Noroi, which means “curse” in Japanese, was considered as a potential boss for River City Girls. This kindhearted schoolboy would have been possessed by a malicious yokai that made him violent towards our heroines, but he never made it past the concept stage. #WayForwardSpotlight pic.twitter.com/UAcaFoz43N