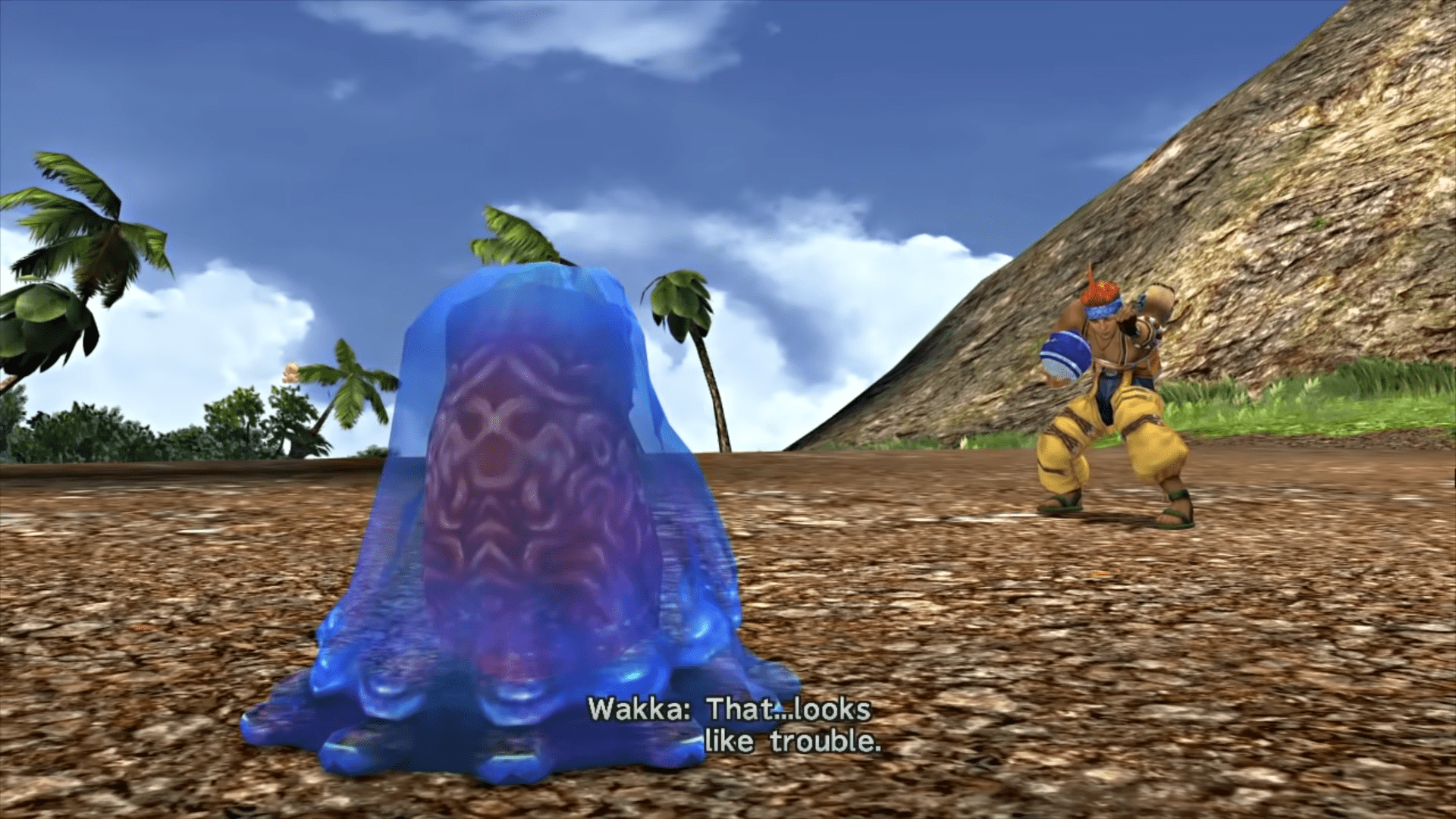 YouTube, like any social platform, is give and take in terms of its contribution to society. But when I get to see oddball moments like this on a regular basis, it all seems worth it. Enter the Water Flan experiment for Final Fantasy X.

As spotted by Boxman214 on our own quickpost section, the Warrior of Light YouTube channel decided to see what would happen if they break Final Fantasy X. In this particular scene, Tidus and Wakka are battling a Water Flan. In typical JRPG conventions, they are supposed to lose, at which point Lulu (another party member) will come in and save the day.

So the Warrior of Light decided to ask: “what if Tidus killed it instead?” The result is “110 hours” of grinding to get strong enough to kill it, distilled into a three and a half minute clip. Warrior of Light clarifies that Tidus was actually the one they grinded up to do this (with 32 strength), while Wakka maybe had “a couple of hours” of love. VIDEO GAMES.

So what happens? Well stop reading in case you want the dramatic effect for yourself.

So once Warrior of Light hits the Water Flan, they prove it actually can die. But after that, the scene plays out like normal. Wakka informs the player of elemental properties, Lulu pops out and arrogantly chides Tidus, and the elemental tutorial pops up. Lulu does not kill the Flan though, the battle just ends.

Back in the day, some of us would spend 100-ish hours doing something like this and basically tell one or two friends. Warrior of Light was able to go viral and share it and reach over 500,000 views with this video. I’d say it was worth it!