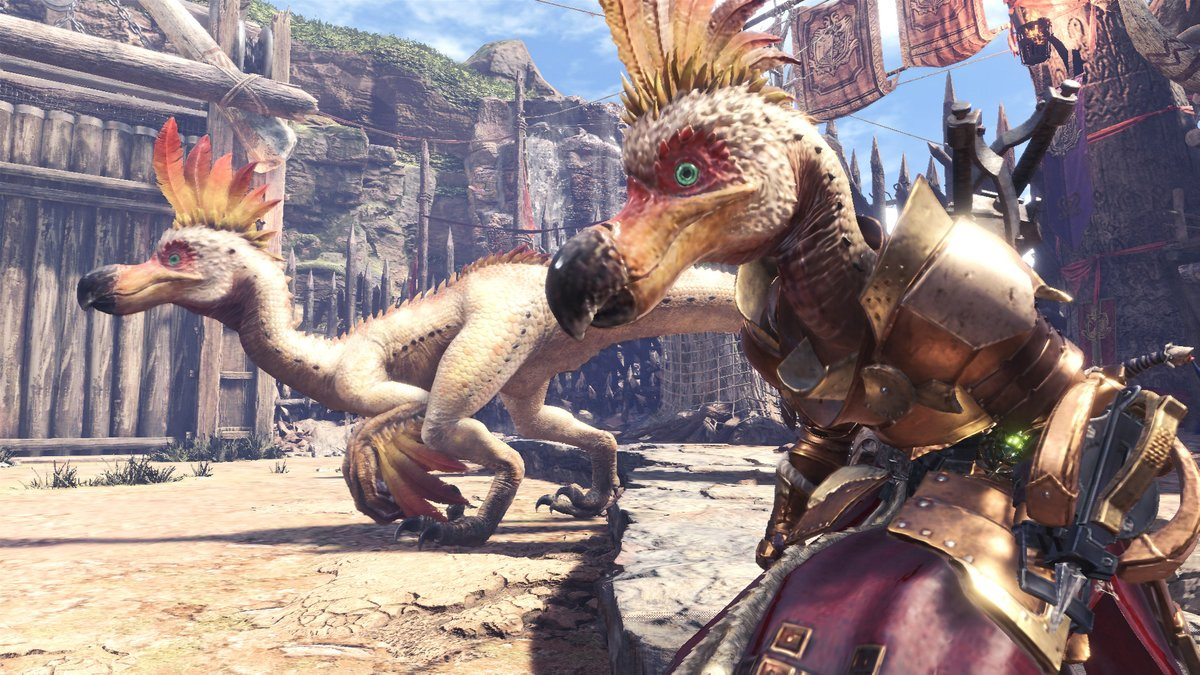 Fight a giant Kulu-Ya-Ku and get its head

Despite the recent arrival of Deviljho, I’ve been hesitant to dive back into Monster Hunter World.

I went from playing it every single day since launch to taking a now much-longer-than-expected break. The other day, I logged on with the full intent to fight the pickled monster. But once I got in, I fumbled with the controls and decided “not tonight.” I need to set aside enough time to find my groove and build up my muscle memory — if not for Deviljho, then for Capcom’s new round of event quests.

Not to alarm you, but with the Egg Lovers United quest, you can craft a Kulu-Ya-Ku head piece.

This is everything. And, best of all, the quest pits you against a large-gold-crown Kulu.