Welcome to Doujin Dojo, a new column dedicated to the Japanese indie scene.

Maybe I should have started this out by gushing about Recettear: An Item Shop’s Tale or Astebreed (which is now available on PS4, by the way). Or mused on BitSummit. Another time, perhaps.

No, today I have another topic on my mind. I’ve been playing a game that reminds me of the black cheese burgers that took Japanese Burger King and McDonald’s franchises by storm last fall.

Much like the “Kuro Burger,” The Legend of Alfur is a traditional western staple that’s been twisted and contorted to fall more in line with Japanese sensibilities. Its ingredients aren’t quite as bizarre as bamboo charcoal buns or squid ink sauce, but an anime-tinged first-person shooter isn’t something you see everyday. Or ever, really. And yet, Ayaemo Research Institute has created such a unicorn. 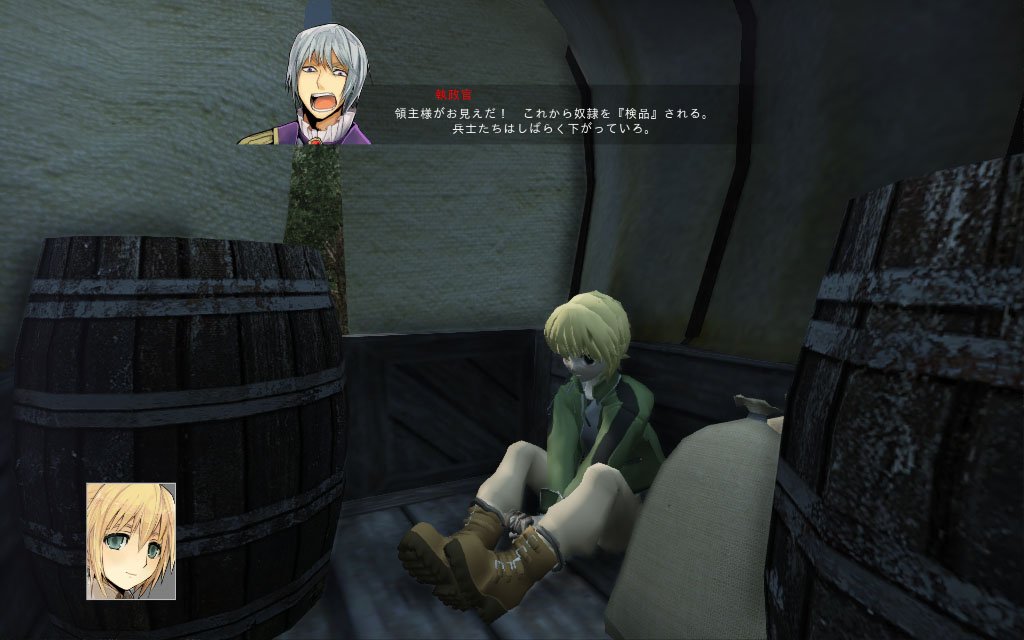 The Legend of Alfur isn’t particularly good, but I was more than willing to overlook its rough edges, at least at first. The experience pulled me in from the get-go. It begins when our protagonists, a lass named Shalnawaz and her brother Leon, are taken captive by soldiers from a neighboring kingdom. And to make matters worse, the men openly plan to sell the siblings into slavery.

Things quickly take an unexpected turn, though. One of the soldiers kills his commanding officer, then frames the siblings for the murder, forcing them to escape and fend off their pursuers.

It’s just a pity that the actual game doesn’t back up the intrigue of the premise. Despite being a few years old now (and being created by a small team on a limited budget), this thing was dated when it launched. It isn’t pretty. At all. But its graphical shortcomings pale in comparison with the gameplay.

While engaging in shootouts, I often found my character clipping through objects and getting caught on scenery. Hiding behind cover isn’t always effective, as enemy fire can travel through boulders, hillsides, and trees. And firing back is just as troublesome, thanks to some truly awful iron sights.

Still with me? Despite those many issues, I still somehow managed to glean a bit of enjoyment out of The Legend of Alfur. It is by no means great (or the best use of $10), but the sheer novelty of an anime-style first-person shooter cannot be denied. It’s something I’d honestly like to see more of.

If you’d like to see more Doujin Dojo, check back with Destructoid every weekend for more (hopefully positive) coverage of Japanese indie games and the people that make and localize them. Want us to report on something in particular? Hit me up ([email protected]) and stay tuned!