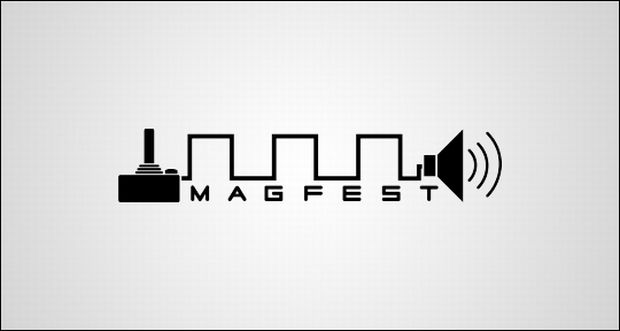 [Editor’s note: Community member Nekobun interviewed MAGFest’s Nick Marinelli to get the lowdown on what MAGFest is all about. — Hamza CTZ Aziz]

MAGFest X looms nigh on the horizon, and with only less than a month left, I made the discovery that a certain Nick Marinelli, with whom I was acquainted with already, and who’s served at several MAGFests to date, was actually their PR guy.

Seeing as how ten years is usually a notable anniversary for anything, I interviewed Nick to find out what MAGFest is all about and some of the highlights from the past years of the festival.

Nekobun: What was the seed that was planted that ended up growing into MAGFest? In other words, why start a music and games festival in the first place?

Nick Marinelli: It really all started because there was no other event like it that already existed. There was no other event in the United States where people could come together to see multiple videogame music cover bands perform. Not only that, but most other gaming events generally focus on showing off new titles and being a marketing channel, rather than being a place for people to just get together as a gigantic group of friends and play games. We have no major corporate sponsors, no over-crowded show floors, and no top-secret-behind-closed-doors game showings. We’re built from the ground up to have a community and party atmosphere.

How and when did you originally get involved in MAGFest, and what’s kept you around thus far?

I had originally heard of MAGFest when the former chairman, Brendan Becker, was advertising MAGFest 2 at an anime convention about nine years ago. I was excited at the possibility of seeing The Minibosses and other game bands playing live, but, unfortunately, was just a poor college student who couldn’t make the trip. Over the following year, I got involved with some online VGM communities, and they were all very excited about MAGFest 3, though I couldn’t attend that one, either, due to prior commitments. By the time I was able to attend MAGFest 4, the excitement had built up so much that I was handing out flyers for the event, despite the fact that I had never even been to it! Given my propensity to tell people how much I loved the event, it was only natural that they put me in charge of promotions after a couple years, and then eventually moved me up to the board of directors.

What really keeps me coming back to MAGFest, regardless of all the events and features that come and go, is the people. We have the most awesome and fun-to-be-around attendee base of any event I’ve ever been to. Since we’ve grown mainly by word of mouth during the past ten years, it means our following is a giant network of friends that all come together to party. Even if you’re not friends with any of the 3000+ people that attend MAGFest, they’re all welcoming enough for you to make friends when you arrive at the event.

Any particularly memorable MAGFest years, or specific moments that you’d like to share, or have done something to shape what MAGFest is today?

It’s tough to describe MAGFest as singularly specific defining moments. Firstly, you’re often blackout drunk when the awesome moments happen. Secondly, MAGFest means so many different things to so many different people, whether it be the concerts, the guests, the games, or the parties. Naming one specific instance doesn’t quite fully describe the environment we’ve striven to create and maintain all these years.

If I could name one tradition that encapsulates how amazing our atmosphere is, it would be Jon St. John, the voice of Duke Nukem, and how he’s the perfect example of how friendly and approachable our guests are, since they’re there to have a good time just like the rest of our attendees. At MAGFest 8, he literally went door to door looking for room parties in the hotel, and ended up visiting 25 of them over the course of the weekend. Always the man to outdo himself, the following year he found 31 different room parties, and looked like hell on Sunday morning.

We definitely have had our fair share trouble makers, but it gets a little less hazardous every year. We’ve had people scrape up elevator rails, go antiquing, break windows, crush lampshades, rip off doorknobs, replace phone receivers with bananas, elevator parties, SWAT team incursions due to fights, fights of the non-SWAT-required variety, rape accusations (which is why we have age wristbands now), and just general belligerence and disrespect of property. Looking back, you can find humor in it, but when it actually occurs, it costs MAGFest a considerable amount of money, time, and staff resources to deal with these problems. Not only that, but it greatly jeopardizes our relationship with the hosting venue. It’s ok to drink and be a little rowdy at MAGFest, but please please please PLEASE respect those around you, as well as their property, and this includes the hotel/convention center as well as MAGFest.

When you’re not bogged down with chaos control responsibilities, what aspects of the con do you most enjoy partaking in? Artist’s alley, the bands, the game rooms?

I can’t speak for the public as a whole, but my favorite part of MAGFest are the videogame cover band concerts. I’ve been a VGM fan ever since I was a kid, so being able to see bands perform the music live is always amazing to see, and the presence of Final Fantasy series composer Nobuo Uematsu as well as his band is definitely a special treat this year. Aside from the concerts, I really enjoy spending time with people I only get to see but once a year, and all the gaming at MAGFest is a great way for us to enjoy each other’s company.

What are you most looking forward to or proud of in regards to MAGFest 10, and are there any yet-unrevealed surprises you’d like to cryptically tease?

Definitely the absolute biggest thing to happen at MAGFest this year, or ever for that matter, is the appearance of Nobuo Uematsu, and his new band EARTHBOUND PAPAS. For those wondering about The Black Mages, that group had actually split up in 2010, and EP is a pseudo-successor to it, since three of the five members are former Black Mages. I’m also excited about the venue itself. We’ve been in Alexandria, VA for the past four years, and the move to National Harbor, MD gives us a ton more space, and more importantly, a ton more elevators and parking, which has been a known issue in the past. The bigger space will allow us to have an arcade and console room that’s bigger than ever, so look forward to awesome things in that department. I’m not sure when this interview will go live, but we’re announcing something shortly that will bring more music to MAGFest than you’ve ever seen in prior years. [Editor’s note: MAGFest is getting a second stage!]

We know all your guests are great, but if you had to pick favorites from any given year(s), who would you say were particularly good catches, or at least interesting ones?

Excluding new guests this year, mainly to prevent myself from mentioning Nobuo Uematsu a third time in a row (wait I just did, oh shi-), I think Jon St. John/Duke Nukem is one of my favorite guests year after year. Most of our guests are fan/community figures that make their appearance, and then relax and hang out with the rest of the attendees. Just like the rest of our bigger guests, Duke is no exception, but really takes it to the extreme by engaging with the fans as much as possible, and even attending their room parties.

Are there any things you’ve tried (or are still trying) to make happen at MAGFest, but haven’t worked out logistically, or events that have been cut in the past that you’d like to see make a comeback?

Gamer Iron Chef was one of the most fun events we had at the past two MAGFests. Contestants were given a blender, foreman grill, and a microwave, and had to make dishes for a panel of judges. It had to be cut this year for a variety of reasons, but it may come back in the future.

If you guys still need volunteers, feel free to try and sell the gig here. What can volunteers expect, and what do they get for their weekend of indentured servitude?

We absolutely need as many volunteers as we can get, especially with how rapidly we’re growing this year. If a volunteer works six hours, they get a MAGFest t-shirt and a sticker. If they work 18 hours, we sub out that swag for a full refund on your badge, as well as access to the food in our staff suite. If they work 24 hours or more, you get all of the above. Our event runs 24 hours a day during all four days, so we need lots of help, and we give your hours more weight if you work late at night.

Any other advice, messages, requests, or sage wisdom you’d like to pass on to anyone reading this, about the con or life in general?

My one bit of advice is that we’re not a con at all. We’re a festival. If you begin to take any one thing at MAGFest seriously, whether it be winning a tournament, making a costume, or meeting a guest, then you’re doing it wrong and need to chill the fuck out. Relax, take in the surroundings, meet some friends, rock out to some tunes, and above all, just have fun.

Thanks for your time. I, for one, am looking forward to January something fierce, and I’m glad you could squeeze this in.

It’s my pleasure, Chris. It’ll be good to see you in January.

There’s only a couple of more weeks left until MAGfest X drops! For those of you interested in volunteering, sign ups are still open. Jon Bloodspray was nice enough to throw up an organizational C blog, with links to the Google group and forum thread for Dtoid’s MAGfest representation in January so you may want to check all that out as well. Plus I wrote up a handy guide at how not to be an idiot at MAGFest.

Can’t wait to see everyone there, and remember, if Jon St. John knocks on your door, you may as well answer!