This time, Bionic Commando was set up for eight players, and the battles were even more hectic than last time. A lot of the weapons have gone through re-balancing — for instance, the grenade launcher isn’t as powerful and the shotgun is a lot stronger. But the sniper rifle, that’s still a one-shot-kill death-machine.

We also got to play on a brand new map called “Vegetation Nation,” a very roomy, wide-open area with a lot of places to swing and hide. It so large, actually, it felt a little too big for just eight players. Aside from a section on the bottom floor that was flooded, you really didn’t have to worry about falling to your death like in the rooftops map that I played on in August.

Capcom was also holding a competition for Bionic Commando where people could win those totally radical Bionic Commando lunch boxes. Seeing as how I kicked ass when I played the game in August, I was pretty confident that I would be the grand prize winner.

I lost in the first round. More after the break.

Well, technically, by the powers of faulty DVD burning technology, I lost in my second first round. With just a minute left in the first round I played in, one of the Bionic Commando DVDs screwed up, causing all the consoles to freeze. Of all the DVDs, it was the one I was playing on that actually crashed. Capcom had misplaced the back up discs, so while the other seven guys continued on, I had to sit out and wait for the next round.

The back up DVDs were found, and the next round was underway. I was kicking ass for about the first half, but sadly couldn’t maintain my winning streak and ended this leg of the tournament in fourth place.

It’s not all bad though! On my way out, Capcom gave out some sweet swag: A metallic Bionic Commando water bottle and a Resident Evil 5 clock with the word “KIJUJU” written all over the clock. I also got to try on the Bionic Commando arm!

Check out the gallery and the pictures below for new screens from Bionic Commando, pictures from the event, and me wearing the Bionic Arm. Blogging is so hard. 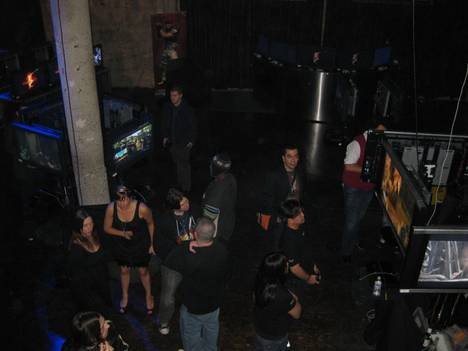 You get used to the fact that videogame events tend to look like nightclub parties, except with a lot more nerds. 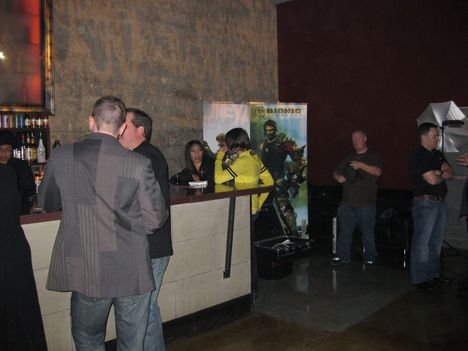 OPEN BAR! Actually, that’s not exciting anymore. Every single videogame event Destructoid has been to has an open bar. It’s like a mandatory requirement. 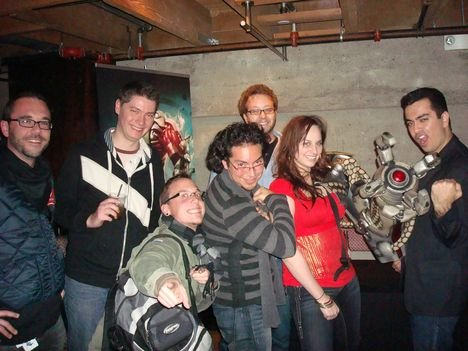 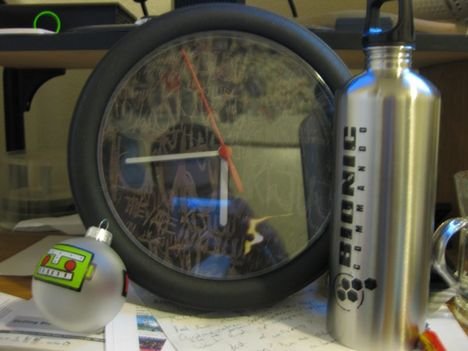 Here’s the clock and water bottle swag Capcom gave me. Also pictured is a Christmas Ornament that Rio McCarthy made for me. 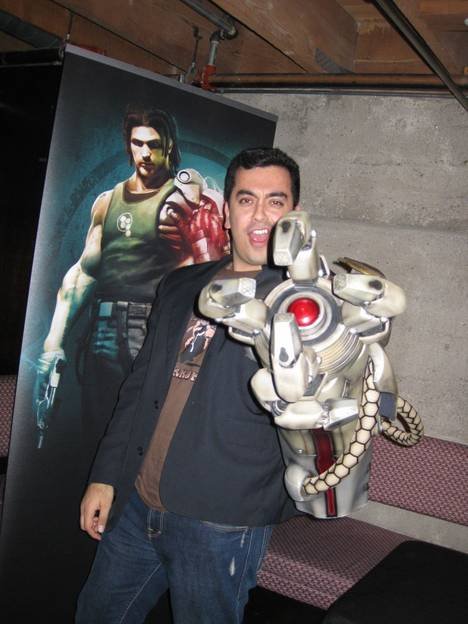