Each 1/4 scale statue stands roughly 22 inches in height and features the respective heroes caught in the midst of mayhem at the R.C.P.D. – while laying waste to two unfortunate members of Raccoon City’s newly-dead city-dwellers. Fine details include the scattering of various supplies, a damaged, ornate staircase, and gruesome wounds on the hapless zombies’ rotten bodies. Grisly stuff. 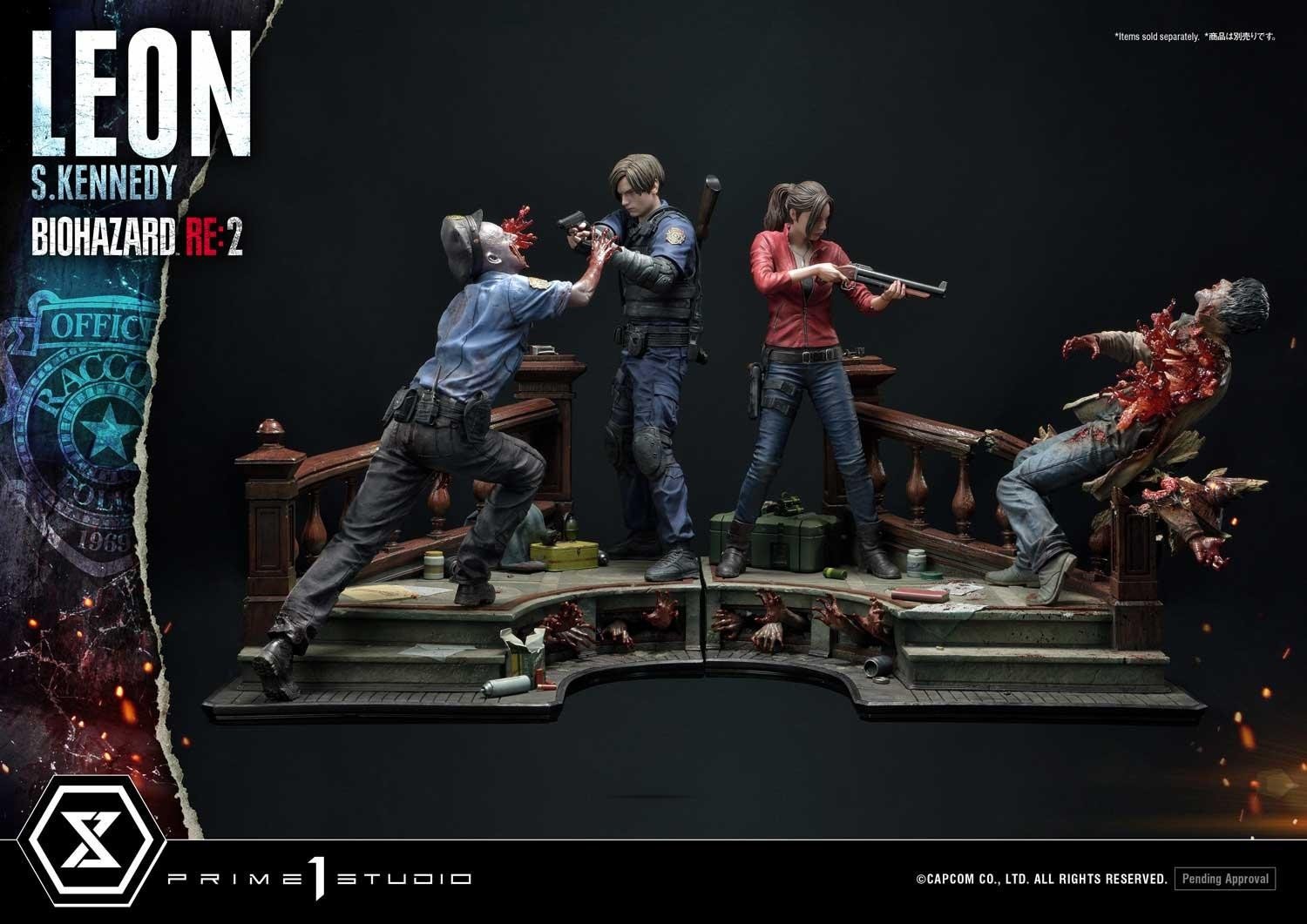 As renown for their high prices as much as their intricate detailing, each statue will retail for around $1,350 USD. For all you mathematical wizards out there, that amounts to $2,700 USD for the complete diorama, not including any shipping or customs charges. Pre-orders are open now on the official Prime 1 Studio website, with the statues expected to ship in the first quarter of 2022. Various payment plans are also available.

As a reminder Prime 1 is also currently collaborating with Square Enix on this beautiful NieR: Automata piece. Though the studio is yet to announce a price or release date.