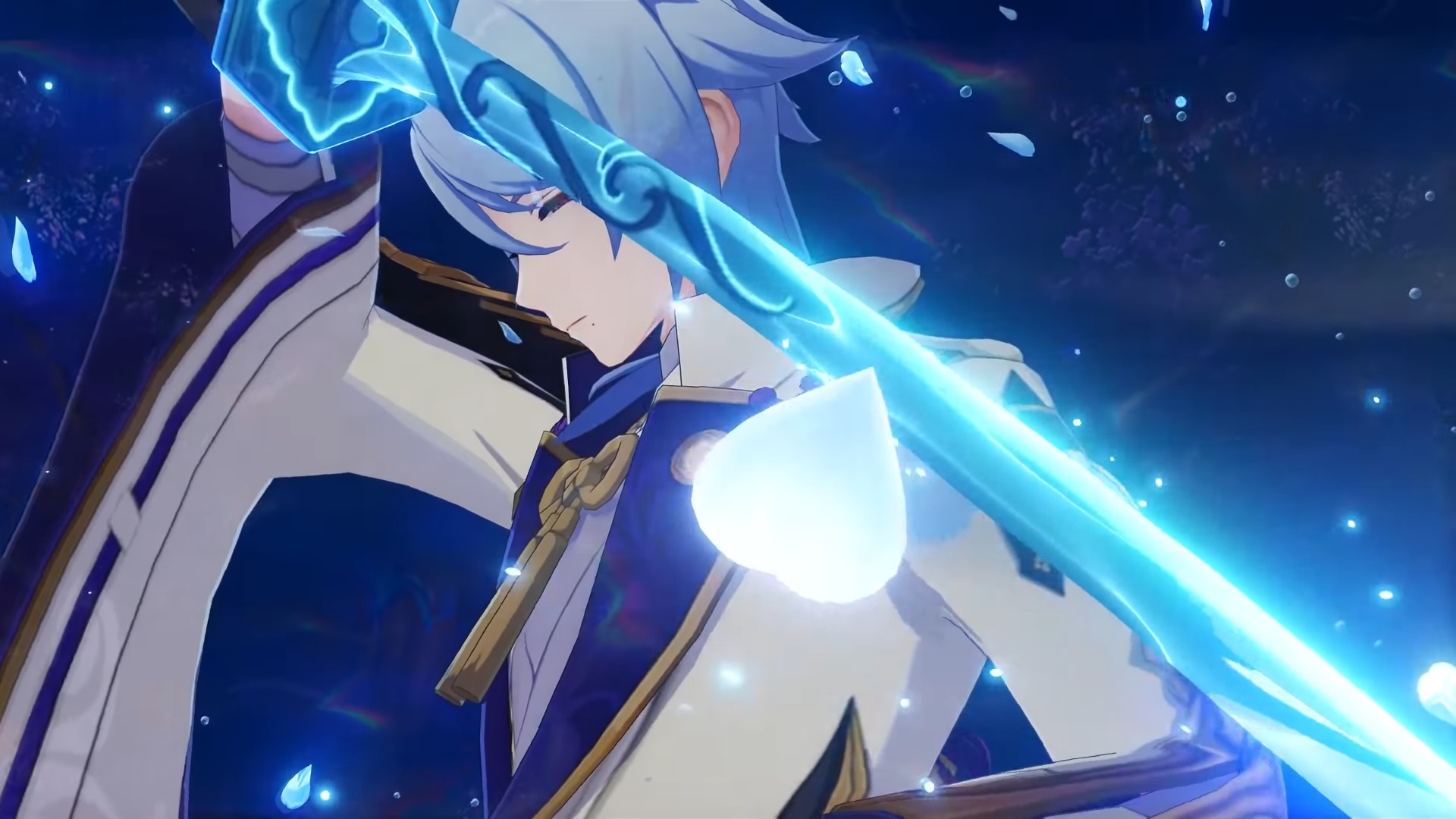 Yeah, I want him

Said footage comes from a new Kamisato Ayato gameplay YouTube video on the eve of update 2.6. At nearly three minutes long, we get a good look at Ayato himself, a bit of story intrigue, and his voicework. The English voice actor Chris Hackney (who is a veteran of both game and anime work) sounds perfect for the part, and Ayato’s hydro-sword-based moveset looks fantastic and appropriate for the Inazuma region. I’m also a fan of the classic “gentle-looking character that’s also a badass trope” which is out in full force.

It behooves the studio to make new characters flashy and fun, so you’ll spend all your wishes trying to get them. More often than not, it works! I tend to sparingly go all-out for a character (and I just did it with Raiden Shogun): and with Venti also coming back, I’m not sure I’ll be picking him up in the end.

As a reminder, you can find the full update 2.6 schedule here. We’ve also embedded the Japanese version of the same trailer if you swap languages.