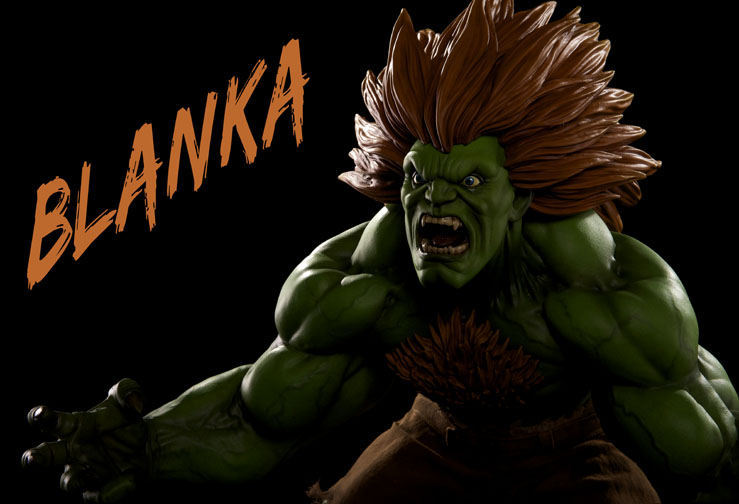 Pop Culture Shock has revealed the design for their upcoming Blanka statue, and it actually looks pretty great. There’s no pre-order page or pricepoint set, but they also have E. Honda, Oro, and Vega statues for sale.

In case you haven’t heard of Pop Culture Shock before, keep in mind that they could also be referred to as “Sticker Shock,” as most of their line is $400 minimum.