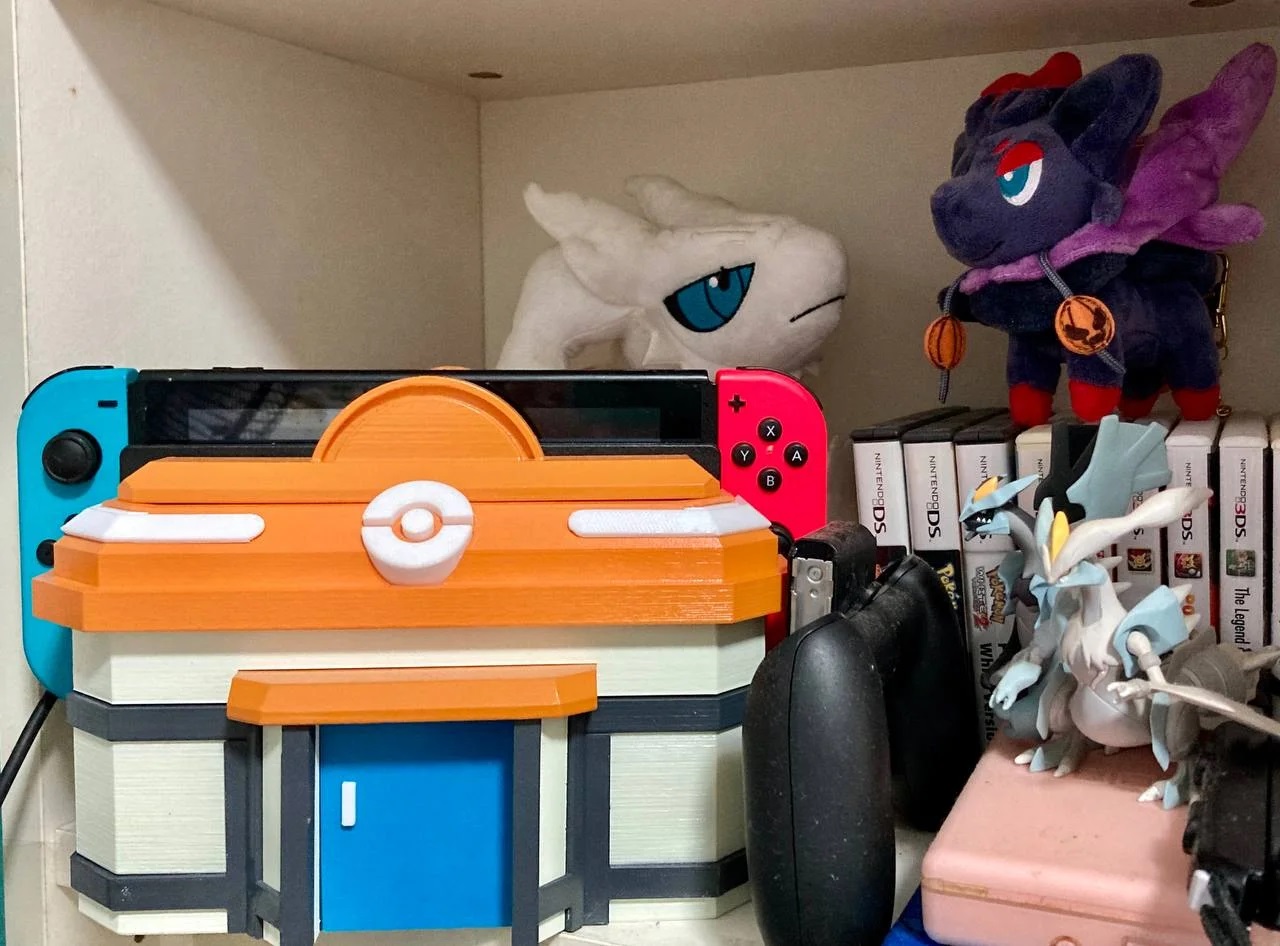 Over the years we’ve covered quite a few fan made Switch-related projects, and many of them are docks. This one too!

From the mind of reggtegg over on Reddit, this working Switch dock recreates the aesthetic of Generation 4: aka the Sinnoh region from Pokemon Diamond and Pearl. The design looks big, but it’s functional, and perfectly replicates the look of the Pokecenter from that series of games. Man, I miss those escalators.

If you’re interested, here is their Etsy store. They mention that they will be “releasing this as an item in the next week or so.” It’ll be using a Polymaker Terra filament for a “cool matte texture.”

Sinnoh is making a comeback

Truth be told, Sinnoh was the first region where I missed out on playing a new generational Pokemon game day one. I had a lot going on in my life in 2007, and most of my Pokemon-playing friends went to other colleges, or fell out of love with the series. It wasn’t until I started playing with my wife that I really had an excuse to get back into it in earnest, and my fondness for the franchise was rekindled.

Now Sinnoh is back for real with Brilliant Diamond and Shining Pearl in the mix, keeping the region alive for a new generation of players.