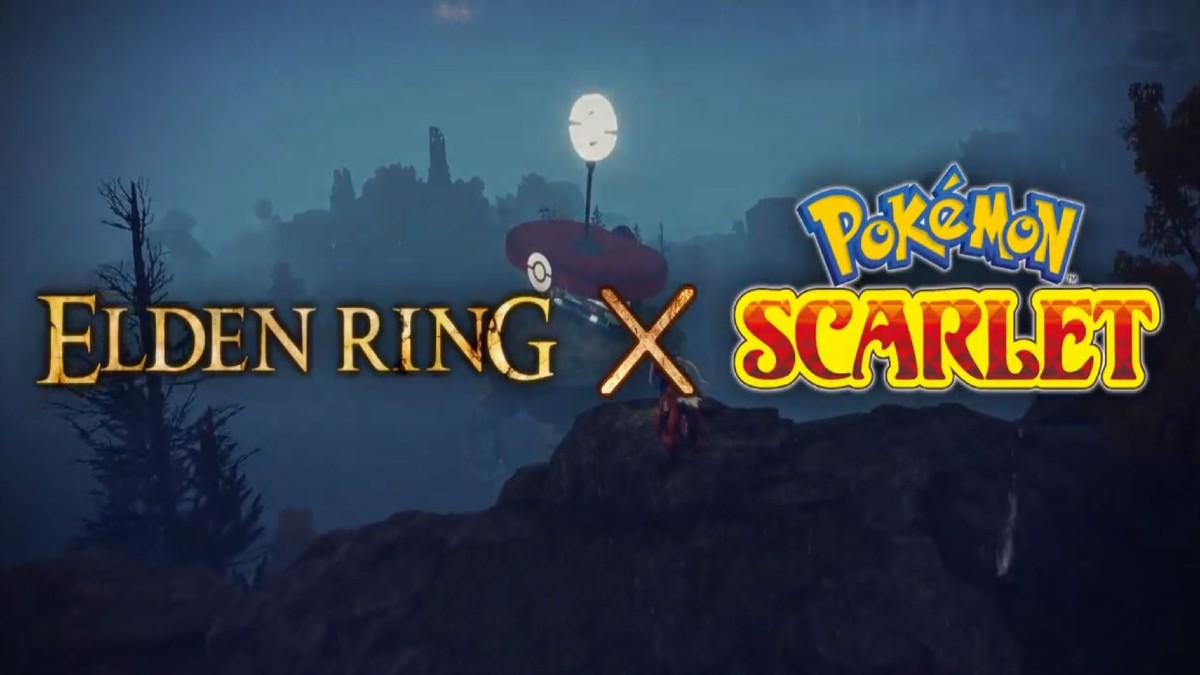 Themed Minecraft skin packs, Snoop Dog in Call of Duty, the entirety of the Kingdom Hearts franchise — there have been some pretty awesome video game crossovers over the years. One collaboration I did not expect to see, however, was a combination of two of 2022’s biggest releases: Elden Ring and Pokémon Scarlet. As seen in a video posted by user Arestame on Twitter, this mod allows players to ride the legendary Pokémon Koraidon around as a mount, dress themselves and enemy characters in Pokémon trainer outfits, and even reskin the game’s most ferocious monsters as giant versions of beloved pocket monsters.

This is one of the coolest mods I’ve seen in a while, partially because modifying games like this feels like a modern form of magic to me. Then there’s the fact that a big thing that keeps me away from FromSoft games is how bleak and depressing they all look. Now that there’s a possibility of throwing some cute Pokémon in the mix, I might have to reconsider.

Elden Ring X Pokémon Scarlet is here! From Paldea to The Lands Between, expand your #Pokemon journey with new summons in #ELDENRING ! pic.twitter.com/djOWo9ogpg

Nintendo is pretty notorious for cracking down on stuff like this, but from what I can tell it’s only a player’s personal mod, not a product they’re trying to sell. There’s always the change they could still get hit with that cease and desist, but for now we can certainly enjoy this mod while the footage is still around.

Arestame didn’t provide any follow up details on how they made this mod, or even if it will be available for players to download at any point. A little scroll through the replies let me know that players are not convinced we’ll be able to get our hands on the mod any time soon before Nintendo takes it down, so it’s really anybody’s guess. If nothing else, it was really cool to get to see it, at least, and I am yet again blown away at the skill and creativity of the modding community.