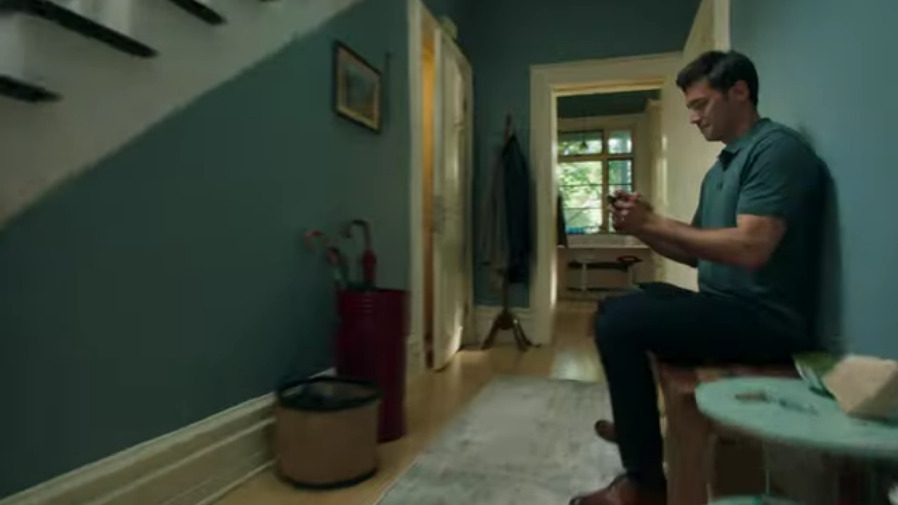 Nintendo, probably: ‘We have some notes’

Nintendo is kind of the king of weird family commercials. People doing things they normally don’t do is par for the course! So when I say that a toilet looks digitally removed from this Switch OLED commercial scene in haste, you’ll likely get what I’m talking about.

Ever since the reveal of the Switch OLED model, folks have been clowning on one particular moment: the dude who inexplicably plays the Switch in a hallway. It kind of blew up after writer Chris Compendio was one of the first to point it out, and if this isn’t a code for toilet gaming, I don’t know what is.

If you want to see the Switch OLED commercial bit for yourself, it’s 0:45 in. Dude just dead ass walks right into his house (after work?), sits down in his hallway on a hard bench, and plays Pokemon. At first glance a lot of you are probably saying “no big deal.” One of you may even do this on the regular. But there’s something so unsettling about his stance and his face. Does this guy even live there? Is the family out of town, or buried underneath the house? We’ll never know.

After seeing this, I went down the rabbit hole of bizarre Nintendo commercials. Remember “PLAY IT LOUD?!” I lived through it. The ’90s were wild.

Reggie knows! This Bigfoot Pizza commercial (with an X-Men comic stinger at the end!) is extremely ’90s as well, making the Switch OLED commercial tame in comparison. Okay, so I didn’t just go down the Nintendo commercial rabbit hole, I went on a full ’90s kick. I yearn for some of that insanity to come back, but a lot of it belongs in the time warp void of the ’90s. And some pieces of it have no issue escaping on their own, like Surge and Dunkaroos making a comeback.