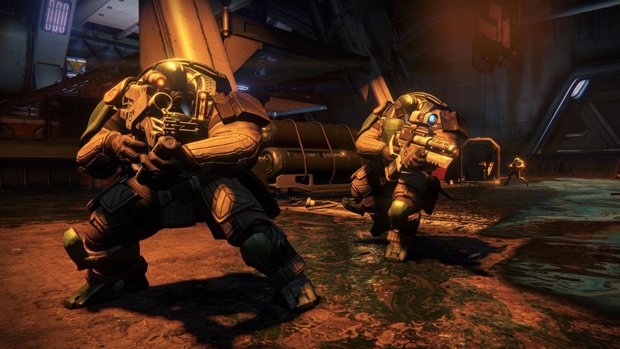 In Destiny, the tops of long-lost skyscrapers poke through the surface of Mars which means, presumably, we’ll have to work our way down through them to reach whatever lurks below. I’m not expecting to find anything good down there, but conceptually, that’s pretty cool.

The planets’ inhabitants — hulking creatures called the Cabal — are also among my favorite so far.

Almost goes without saying, but I’m ready for September. Also, if you were wondering which of us it was that called Destiny “stunning,” as quoted in this trailer, why that’d be Steven.