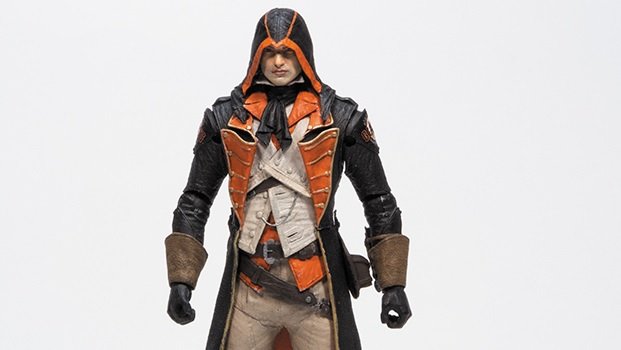 Our pal Steven Hansen may or may not disagree

Admission to the special event at AT&T Park came with an exclusive figure, designed by Todd McFarlane. The toy features depicts Assassin’s Creed Unity protagonist Arno Dorian kitted out in orange and black with a Giants helmet and baseball bat.

100% Objective Opinion: The Halloween-themed getup looks awful. Just awful. Arno would be well advised to trade in those nasty rags for some Dodgers gear. Everyone looks better in blue.