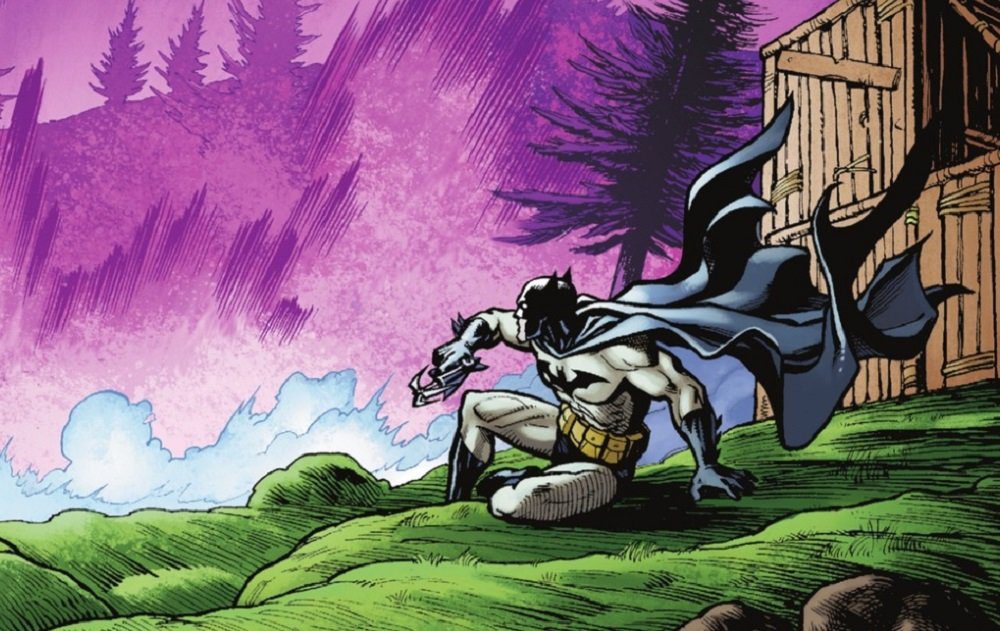 Zero Point #1 is out today

We knew the Batman/Fortnite crossover was coming, but I don’t think I was truly preparing myself for it.

The gist: Gotham City’s skies crack and reveal a rift, which sucks Batman into the world of Fortnite. Given that old Brucie has gone back to Prehistoric times and beyond, it’s not even the craziest thing Batman has ever done. But having him tangle directly with Fortnite named characters like Fishstick is a little weird, in a mostly good and confusing way.

Zero Point issue #1 is out today for five bucks, and it comes with a code for a “Rebirth Harley Quinn Outfit” in Fortnite (you also get a code if you’re a DC Universe Infinite digital comic subscriber). DC points out that the outfit will be “available later this summer,” so it’s not exclusive if you want it: but it’s going to be cheaper to get the five-dollar comic either way.

For reference, I got my code this morning via email, approximately 30 minutes after reading the comic. The next issues are due on May 4, May 18, June 1, June 15, and July 6.

If you’re curious, it’s roughly 24 pages of story, and Batman enters the Fortnite world on page eight: so soonish! It’s silly fun, and Batman grappling around structures in Fortnite makes a lot of sense, but it’s the sort of imagery that’s going to elicit groans, side-eyes, and vomiting from a large swath of people. I get it.