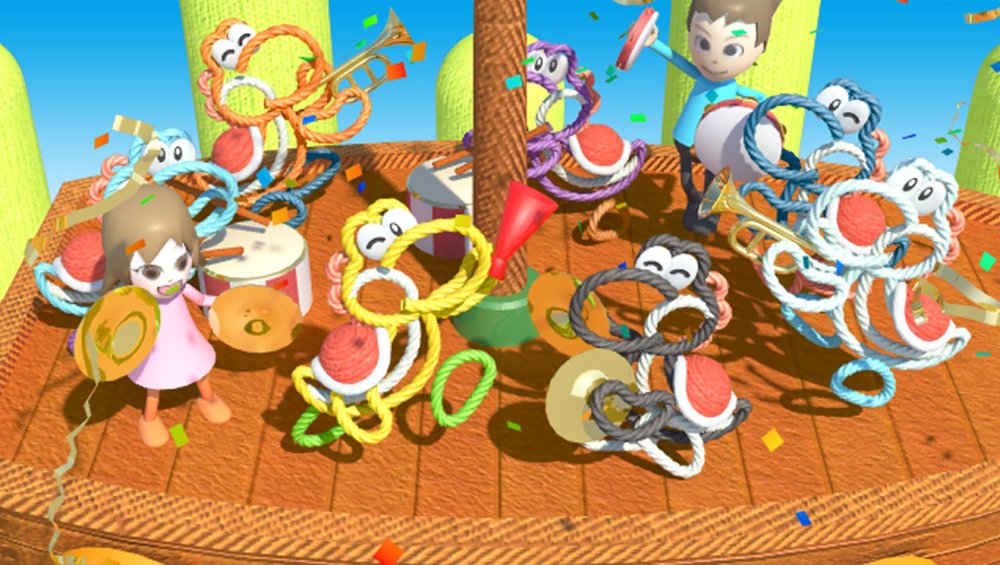 Before Nintendo settled on the name Yoshi’s Woolly World, the game was known as Yarn Yoshi. Do you remember that? It was only a few short years ago. The art direction was originally more in line with Good-Feel’s prior game, Kirby’s Epic Yarn, until it formed its own identity.

Twitter user Random Talking Bush has been digging around in Woolly World, and he unearthed some unused designs. Click to enhance!

So Yoshi’s Woolly World used to look a lot like Kirby’s Epic Yarn at one point in time! Found this unused texture. pic.twitter.com/x2SzxQ07PO

Yoshi’s Woolly World’s literally chock-full of unused things, too, by the looks of it. pic.twitter.com/bwN6Uugeon

And even more, showing off a different style for the AmiguruMiis. pic.twitter.com/WSSzpNeJA3

And one more batch of some of the more interesting unused Yoshi’s Woolly World things. pic.twitter.com/wfkAAs3Luo

My favorite image is the one up top, but that illustration set against corkboard is real cute.

To think, if Good-Feel had stuck with the Epic Yarn look, we might be living in a world without the Yarn Yoshi amiibo and this bug-eyed little monster. That isn’t a thought I’d like to entertain.