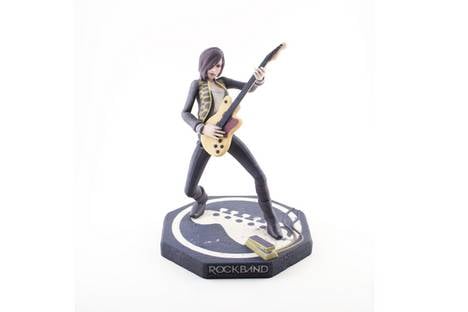 A few days ago, I posted some pictures I snapped of the Rock Band dolls uh, “Bandmates” that Harmonix and MTV were displaying in their Rock Band 2 room at E3. But digging into their online press kit, I came across some official images which give you some better detail of the dolls action figures statues.

In case you don’t know what you’re looking at, “Bandmates” are fully customizable statues that can be made to order based on your in-game Rock Band avatar. No word on pricing or availability, but a number of you said you’d be down for this if costs were reasonable.

If playing dolls isn’t your thing, be sure to check out my previews of Rock Band 2‘s peripherals and new features.