The end of PAX West marked the beginning of the busy season for gaming with so many AAA titles hitting the market in such a short amount of time. And while we’re all quite focused on the exploits of a friendly neighborhood superhero, I still can’t move on from the incredible games on display at PAX this year. From Fortnite mini-golf to a mad goose on the loose, this year’s show had some incredible experiences coming soon to a console or PC near you.

Before we completely leave PAX behind, our team members who were at the convention this year wanted to sound off on the best games we saw at the show. 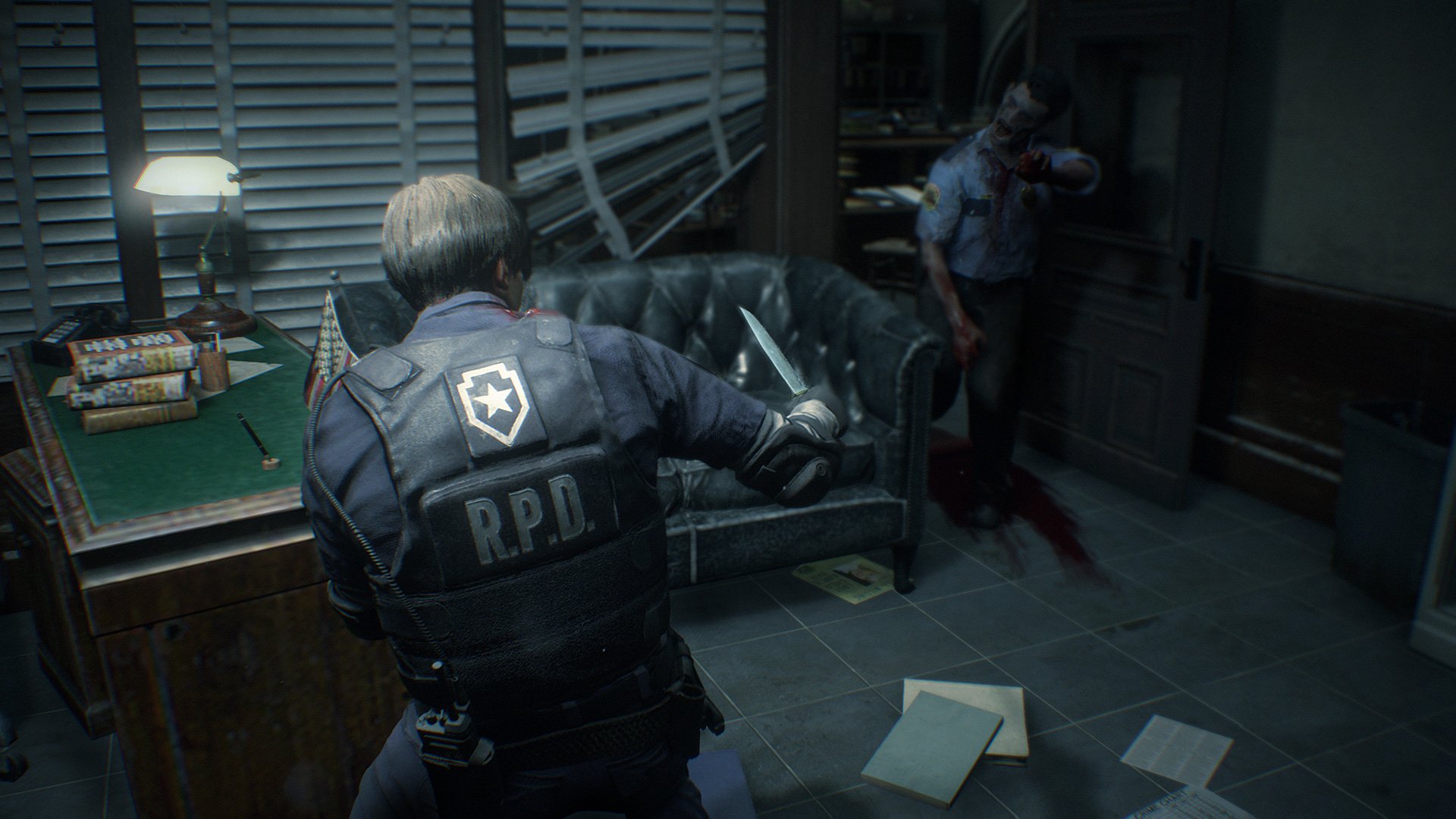 I’m cheating a bit here. Brett and I tag-teamed Capcom’s PAX lineup, with him covering Resident Evil 2 and me checking out Mega Man 11 and Devil May Cry 5 during the same time slot. I could reasonably pick either of those games as my favorite of the show — there’s no doubt in my mind they’ll both turn out excellent — but I tagged along for Resident Evil 2. And now I must pick it.

It’s got the modern design sense of Resident Evil 7 mixed with the controls of Resident Evil 4 placed inside the setting of Resident Evil 2. That’s a whole lot of quality Resident Evil crammed in one package. While we only had a limited amount of time (just enough to run around the station and off a few zombies), it was quite the taster. The music crawled down my spine and had me on edge. Just knowing how tame the original game starts and how wild things get, I’m beyond pumped for this remake. 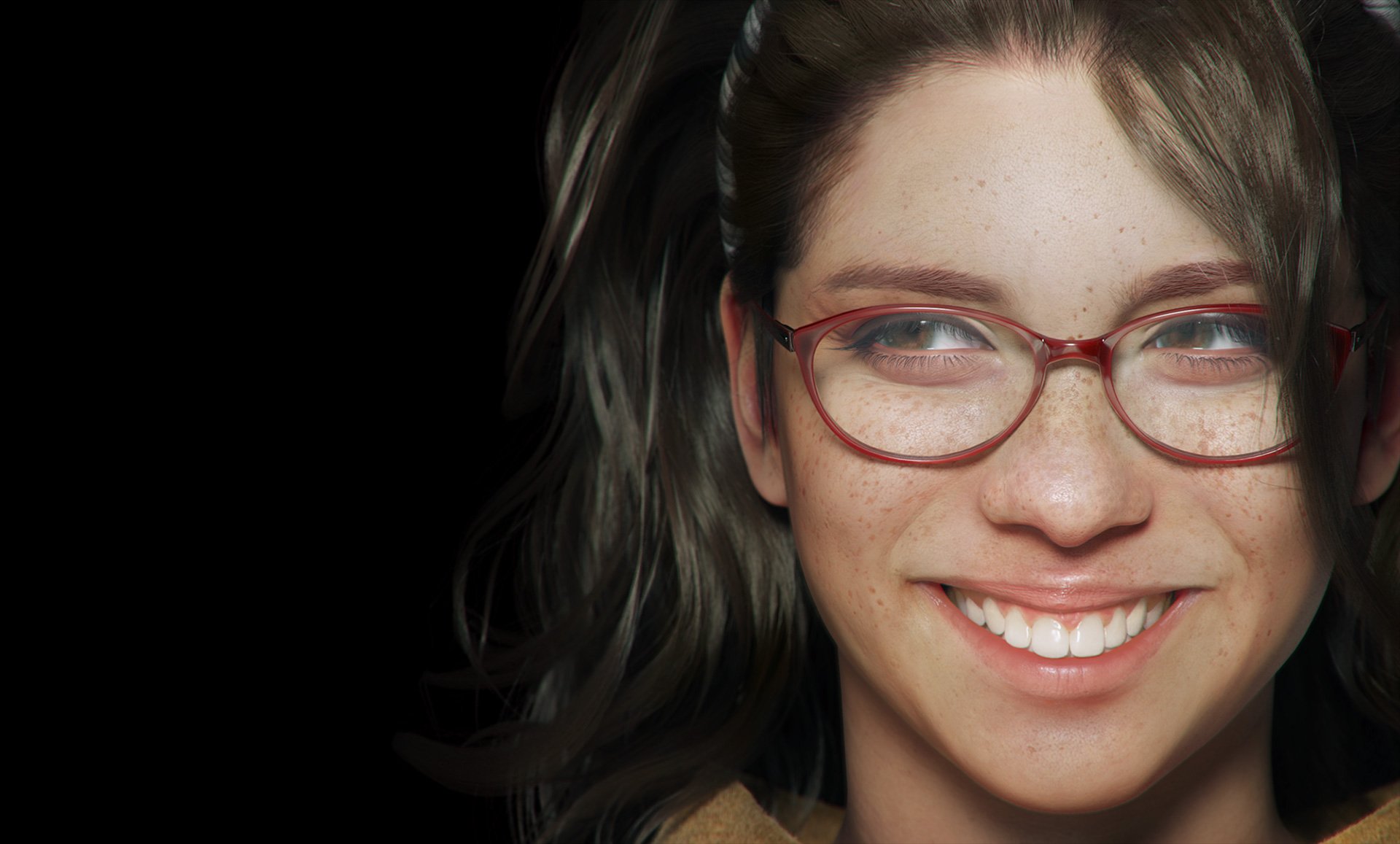 I’m cheating a bit here. Jordan and I tag-teamed Capcom’s PAX lineup, with me covering Resident Evil 2 and him checking out Mega Man 11 and Devil May Cry 5 during the same time slot. I could reasonably pick Resident Evil 2 as my favorite of the show — there’s no doubt in my mind it’ll turn out excellent — but I tagged along for Devil May Cry 5. And now I must pick it.

Just kidding. I don’t know what the fuck was going on during DMC5.

My actual favorite game was born out of similar appointment thievery, though. I hopped in on Jordan’s Super Meat Boy Forever demo and loved every second of it. I have a well-documented fondness for Super Meat Boy, and Forever scratches that itch. The formula is different but that doesn’t mean it’s one bit easier. I died a lot!

Creator Tommy Refenes caused my blood pressure to spike as I played. He explained that there’s going to be an Ultimate Challenge-type thing where people have to get through all the game’s smaller sections of levels in one continuous run. One failure and it’s back to the beginning. The working title is “Chunk Mode” but that’s subject to change. This might be the death of me if I’m foolish enough to try to tackle it. If so, I had an okay run. 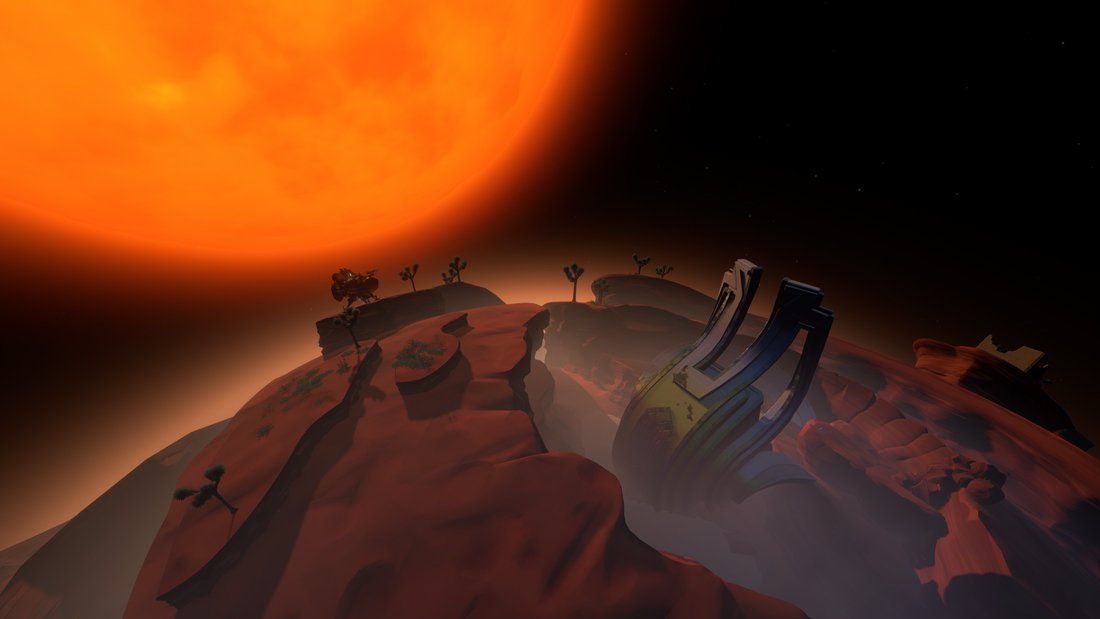 Too often, space exploration games will offer a vast universe, but nothing to do in that universe. Large is impressive, sure, but it often ends up being empty. Outer Wilds takes a different tack: explore a single solar system, but each location in that system is hand-crafted with unique experiences. 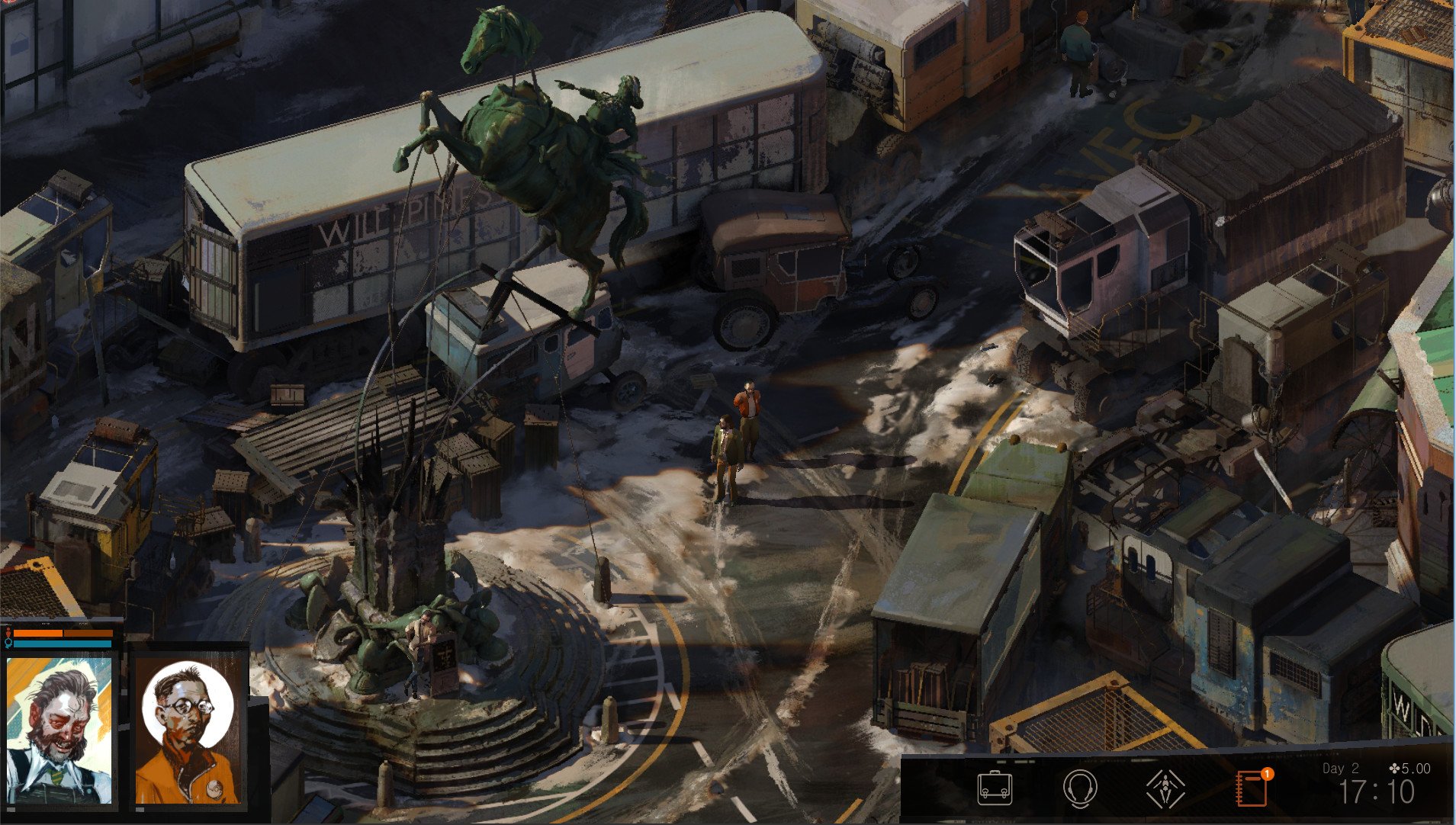 I already put up a post about it, but Disco Elysium was my highlight of the show. I played and enjoyed a few games I haven’t written about, stuff like Smash Bros. Ultimate and Trover Saves the Universe. But I can’t stop thinking about this hauntingly beautiful, effed-up world and the broken character I was playing as.

Disco Elysium is a computer RPG inspired by games like Baldur’s Gate. You play as a detective during a murder investigation, and there’s a massive, hand-painted city to explore. There’s less emphasis on combat than on talking your way through situations, but that’s complicated by the fact that your character is a raging drunk coming off a bender so monumental he can’t even remember his own name. This leads to a lot of dark humor, and even though I spent more than an hour playing during the show I felt like I could’ve kept going all day.

This one may take a while to come to completion, and the development team hasn’t set a date yet. Good news is, the folks I talked to said we shouldn’t have to wait much longer and they’ll announce the release date during EGX in a couple of weeks. 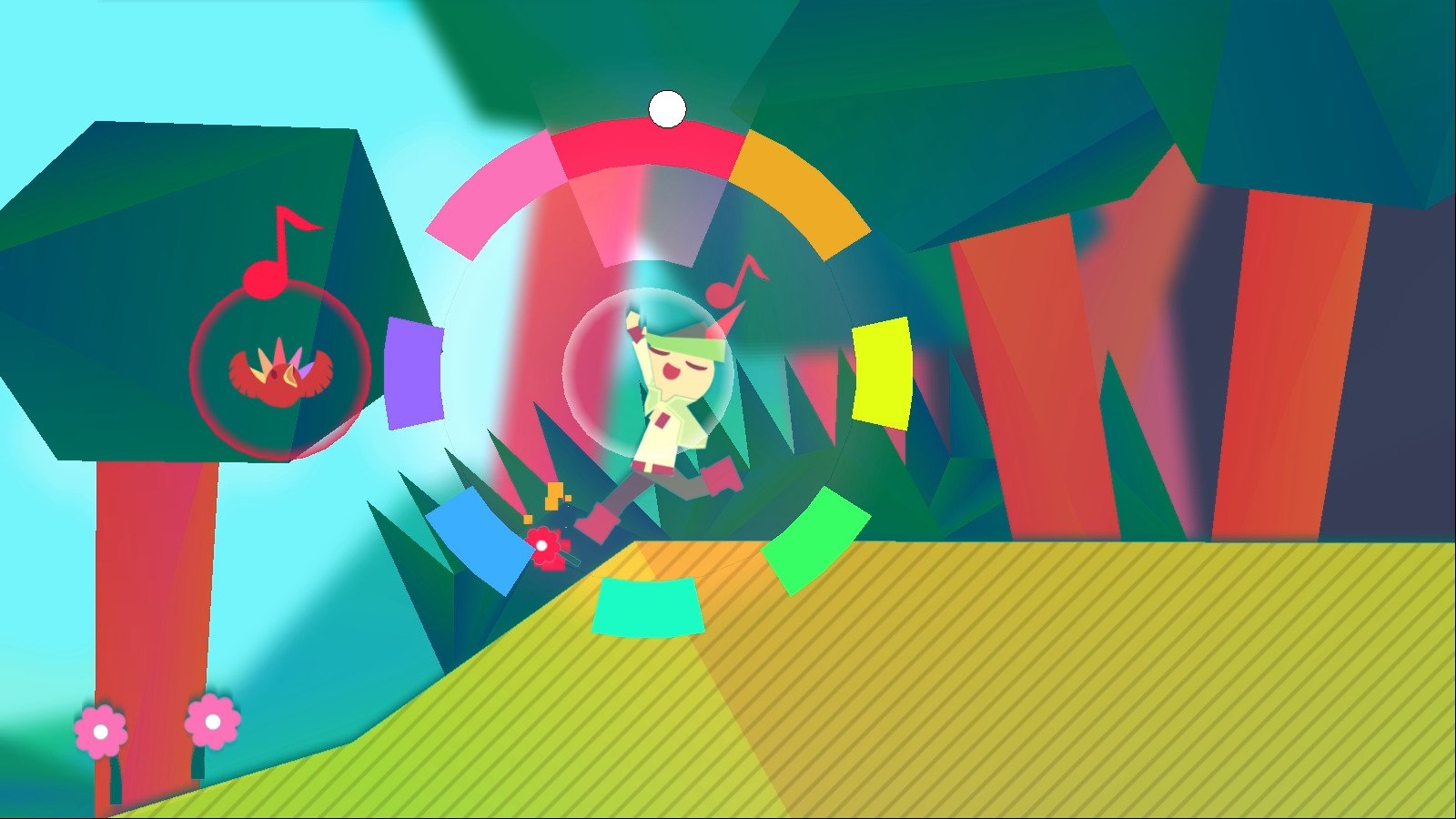 When I look at screens for Wandersong, I see a game that, under any other circumstances, I would have completely ignored when it hit the Switch. It looks bright and cheerful, sure, but it’s not a game with a lot of buzz and, given the hectic release schedule coming up, it would have easily fallen through the cracks.

Not anymore. Wandersong impressed me more than any other game at the convention and it wasn’t even on the show floor. Its simple-to-grasp concept matches well with the storybook art direction, and Greg Lobanov’s ambition and comedic talents made this the most memorable game I played at PAX. I can’t wait to see everything this game has to offer, and I won’t have to wait long to do so. Wandersong releases on Switch and Steam on September 27.