Terminator Genisys is a very dumb movie, as you would expect from a series that both resolves its franchise-long conflict with every other installment and involves copious amounts of overly complicated time travel.

From the name, to the marketing (I guess giving away the film’s major twist on the poster is the new hotness), to everything that happens over the course of the movie — Genisys revels in stupidity. And now we have something else to add to the Nonsense Checklist: an in-theater multiplayer game, launching at five theaters across the country. Five theaters out of thousands and thousands.

We had the chance to play the game over at Paramount the other day before a screening (you’ll be able to read more about the film over at our sister site Flixist), and it’s as silly as you’d expect. 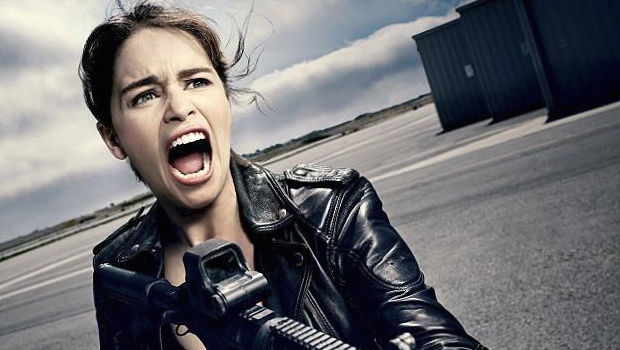 Here’s the conceit: you take your smartphone, you connect to a special Wi-Fi signal at the theater, and that automatically connects you to the game. The audience is broken up into four teams, represented by four Resistance soldiers. Some Terminators show up and you shoot them with the ‘fire’ button.

Initially, I thought you had to tap the ‘fire’ button which lead to a worrying amount of tension in my upper back, like the aftermath of a Metal Gear Solid torture sequence. Apparently, this is not the case — you can just hold it down. This was never explained, along with the fact that you aren’t supposed to just shoot willy-nilly.

See, when I was under the impression that you had to tap the button, I thought points were doled out based on tap frequency. But you actually have to wait until the automatic cursor is on your robotic foe before holding down the button. You would think this would be explained at the press event, but we were only given this information after we had played a game. 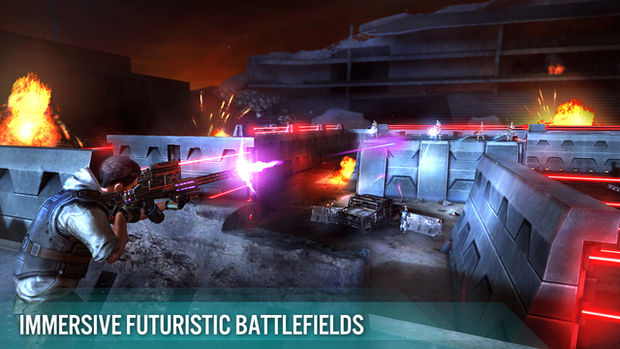 It wasn’t that bad of an experience, though. Once the rules had been adequately explained, the whole crowd got way into it, and I can see a packed audience enjoying the game — especially when there are posters on the line. The only problem is the limited availability. You can play this at IMAX showings at five AMC theaters. So, with ticket prices already at a premium, you’d have to pay even more for an IMAX show.

The movie isn’t all that great, but if you are going to see Genisys regardless of any man’s opinion, and if you’re also the kind of person who burns money on crazy expensive IMAX 3D DBOX Opening Night™ garbage, then you were going to experience this anyway. But for the rest of you, movie tickets are expensive enough. You shouldn’t see Terminator for full price, let alone IMAX prices.

In case this new knowledge affects your decision, here are the participating theaters: