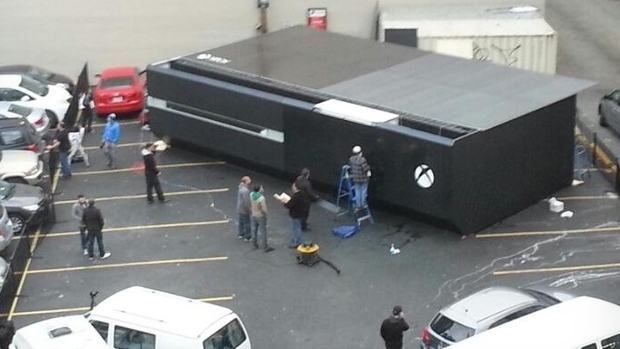 Still smaller than the Xbox 1

Run for the hills, Vancouver readers! The Verge has captured footage of a monstrous, 40 foot long, 20 foot wide Xbox One lethargically lying about the city, demanding players “pledge” their gamertags like an obsidian Jabba the Hutt.

If the cultish monstrosity can convince enough converts, the prop will “unlock,” revealing its true form. I expect something like the end of the movie It.

Repent! Repent! The end is nigh!

But, seriously, Microsoft. There are easier ways to convince us the Xbox One isn’t that big other than “by comparison.”

Xbox One, the destroyer: Microsoft’s weird marketing blitz is novelty sized [The Verge]