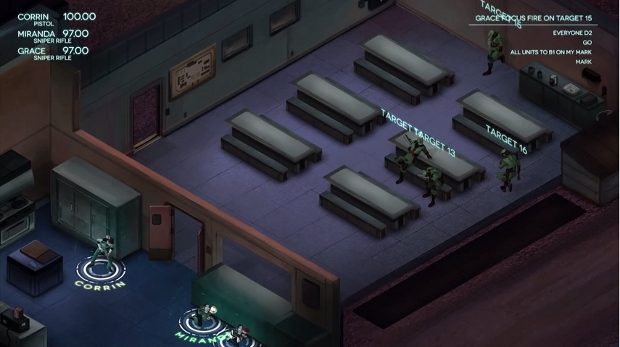 One reason to own a Kinect

You might remember There Came an Echo from its successful Kickstarter campaign about a year ago. If not, then here’s a quick recap. Iridium Studios enjoyed one of the earliest Kickstarter videogame successes with its rhythm role-playing game Sequence, which released in 2011. Last year, Iridium announced There Came an Echo, which is a futuristic story-driven real time squad-based tactical game focusing on (optional) voice control and featuring Wil Wheaton as one of the voice actors.

In the most recent backer update, Iridium announced that it would be pushing the release back from June of 2014 to October of 2014 to include Intel’s RealSense Technology which adds (again optional) gesture control. With the inclusion of gesture control on top of voice control, Microsoft’s Kinect seemed a shoe in for bringing the title to consoles. Unsurprisingly, that is exactly what is set to happen, according to OXM.

In an email exchange with Destructoid, Iridium revealed that the Xbox One release is expected around early 2015, a few months after the expected October release on PC. Mac and Linux ports are also still planned, but not likely to be ready at launch. Although it will take a bit more time, this is good news for Xbox One indie enthusiasts or users who want a decent reason to use the Kinect.

Filed under... #Kickstarter#Kinect#There Came an Echo