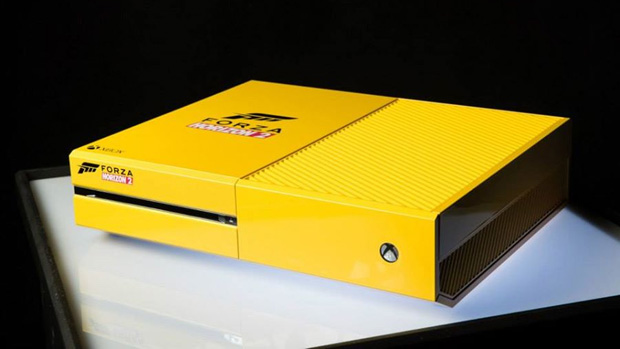 But most of them are ugly

Microsoft has a bunch of custom Xbox Ones on display at San Diego Comic-Con and one of them could be yours. Convention attendees who take a photo of one of the consoles at the Xbox Gaming Lounge need only tweet it out with #XboxOne and #XboxSweeps for a chance to win.

A free Xbox One is a free Xbox One, don’t get me wrong, but many of these look super tacky. Fun to look at, though. I’m a fan of that yellow Forza Horizon 2 system because of the color choice and smaller logo. The Halo and Fantasia: Music Evolved ones are all right, too.

You feeling any of ’em?