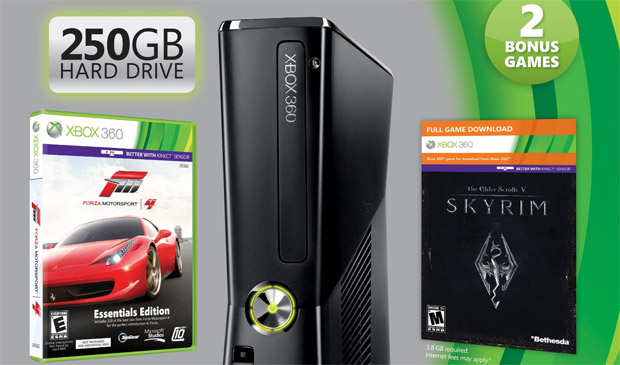 Can you spare two Benjamins?

We already told you about some of the Black Friday bundles planned for PlayStation 3 and Vita, so now it’s Microsoft’s turn. If you’ve been keeping up with the deals this year, much of this likely won’t be news to you, but it’s still nice to have it all in one place.

Walmart will have an exclusive glossy white Xbox 360 4GB console and controller with Skylanders and an exclusive figurine for $149.99, which is probably going to cause fistfights. Best Buy, Fred Meyer, Fry’s, and Newegg are going to offer the Xbox 360 250GB bundled with Skyrim and Forza 4: Essentials Edition for $199.99. That’s the standout.