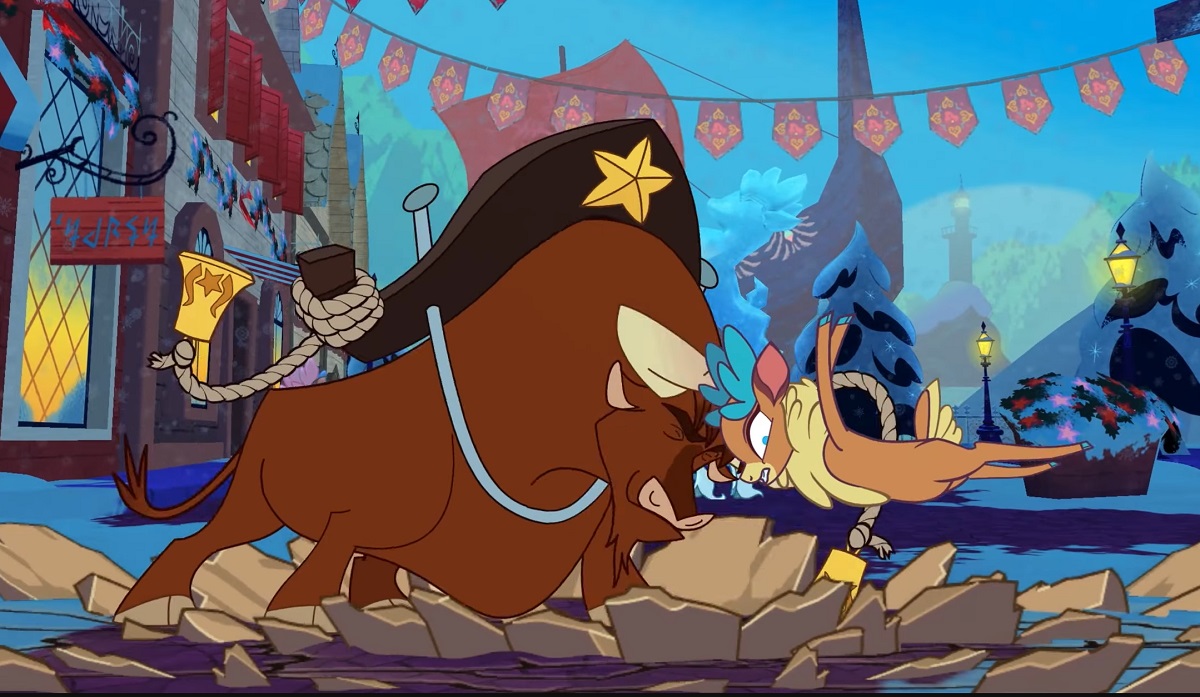 What a load of bull

Farmyard fighter Them’s Fightin’ Herds is about to welcome its first stud into the field — As revealed by developer Mane6, beefy bull boy Texas will be joining the hoof-full roster on December 19, bringing with him what is easily the biggest slab of meat yet to hit the scrapper’s colorful roster.

As you can see in his debut trailer, Texas is, well, massive. There’s some nominative determinism for you. And while most fighting games would see their larger characters only offer threat at close range, it seems that Texas is able to cause plenty of damage from mid-range, lassoing his opponents via the ropes attached to his saddle. As the father of Them’s Fightin’ Herds OG star, Arizona, Texas has the boisterous yee-haw! attitude, and is quite possibly someone you wouldn’t want to get into a political debate with around the Holidays.

So, if you fancy grabbing this particular bull by the horns, then you’ll be able to purchase Texas from December 19 at the cost of around $5. Of course, players who have picked up the Season One Pass will find him ready and raring to go in their roster come launch day. In addition to Texas himself, players will get a matching lobby avatar and a brand new stage — The Caravan Cattledome. I can’t deny he looks terrifying, especially when placed alongside his diminutive opponents. But never bet against my gurl Shanty. She is the GOAT, after all.