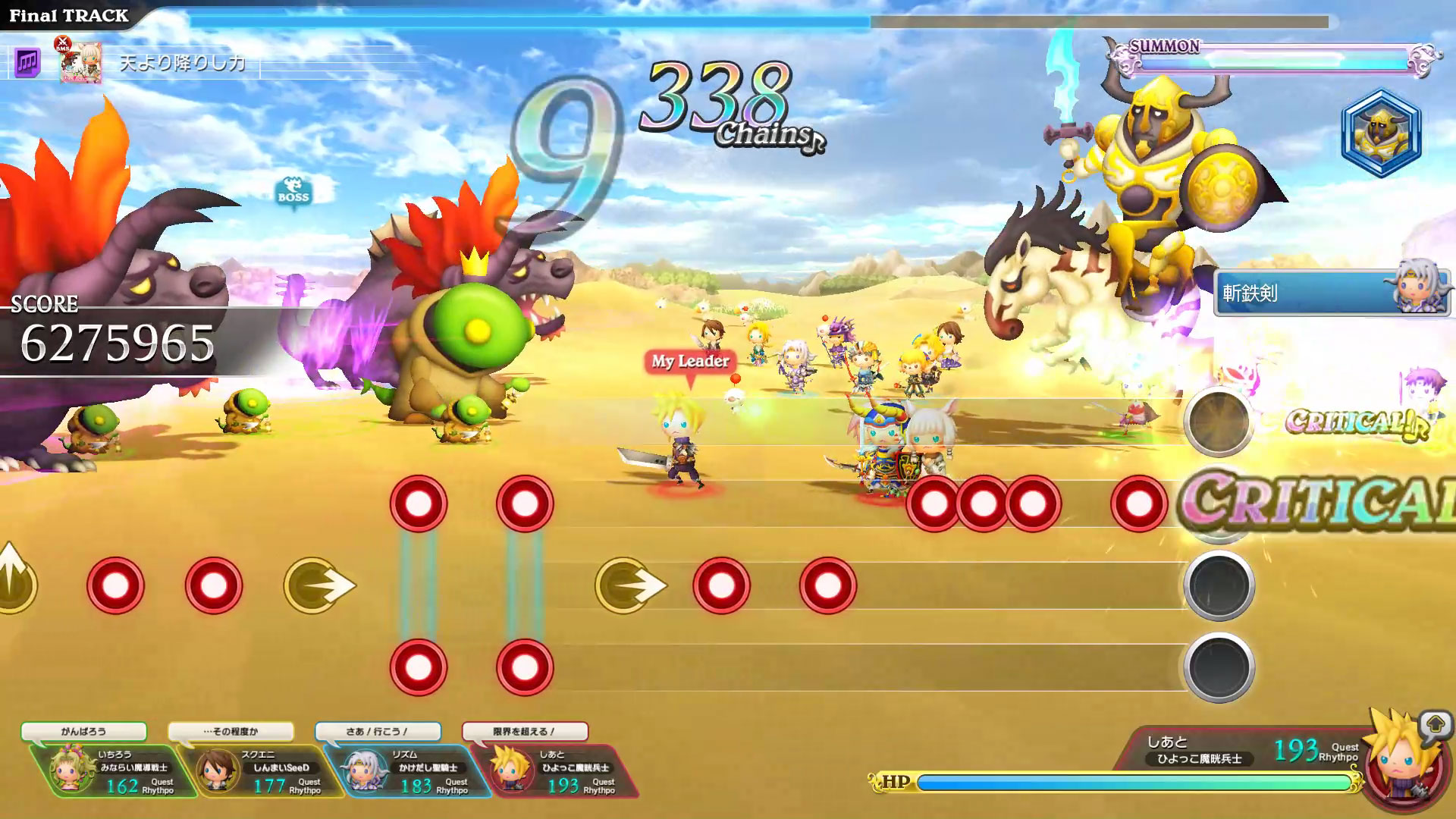 Theatrhythm Final Fantasy: All-Star Carnival — which is totally not an April Fools joke as it was announced weeks ago — is being tested this month in Japan. Square Enix has announced that tests will begin on April 15 and conclude on April 17 at select locations, and all testers who complete a survey will be given a special seal trinket for their troubles.

The folks over at Gematsu have the full rundown of all of the locations you can play it, which you can also check out below. I recently imported Theatrhythm Dragon Quest, and although I don’t like it as much as the Final Fantasy line, it isn’t bad! Hopefully we see more of these in the future.