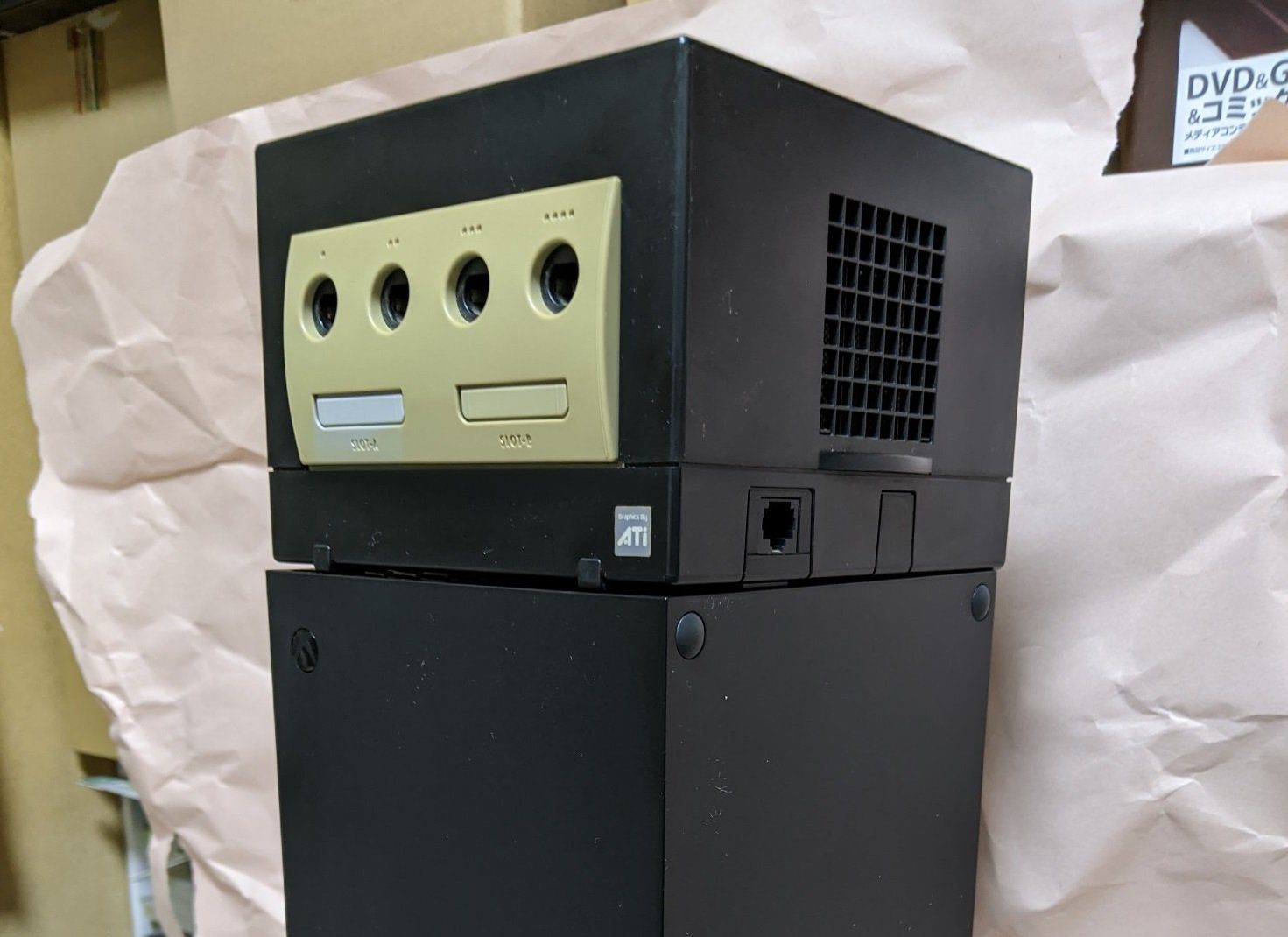 Microsoft and Nintendo have been buddying up for a while now: but this is something else entirely!

Twitter user watosan seems to be one of the first to get in on the craze of balancing things on top of the Xbox Series X, which just so happens to perfectly fit a GameCube like it was meant to happen. People are even going further with it, crafting Minecraft Creepers out of the pair: which is actually incredibly fitting given the two publisher’s partnership for Minecraft cross-platform and Steve in Smash.

Aesthetically pleasing tech or a horrible abomination? You choose! Either way it really reminds me of those wild multi-tower configurations for older consoles (which Sega and occasionally Nintendo were fans of), as well as the Super NES CD-ROM.

As a reminder, you can get a good look at the console and check out its measurements in our full hardware review.