Like most reasonable people I figured I’d give the Xbox One some time in Japan. After all, the original Xbox and the 360 didn’t do this bad — but time has only made things worse for the console.

According to 4Gamer, as of June 8 through June 14, the Xbox One sold 100 units in Japan — total, as in, 100 Xbox Ones were sold. Compare that to the PS3 an almost nine year old console, which sold 2,633 units. The rise of mobile gaming in Japan is certainly not helping things, which were already in dire straits to begin with.

There’s also some interesting tidbits there, like how the Wii U is doing very well in Japan even today, outselling the PS4, despite its issues elsewhere. Plus, the Vita isn’t doing horrible over there despite the fact that it has nearly no games on the horizon for it. 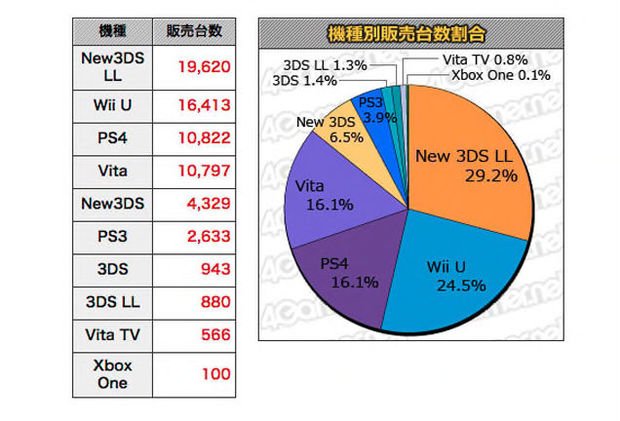