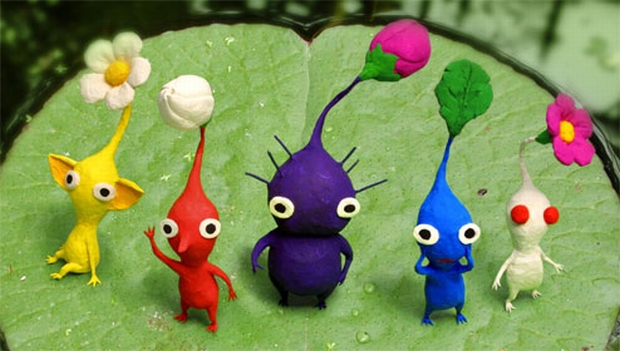 It’s really easy to be a complete bastard in games that you have no deep connection to. If you don’t care about the plot, you’re more likely to go off the rails, try to kill important NPC’s and avoid story-specific missions in favor of blowing shit up. You’re not torn up with guilt after sacrificing your fellow brothers-in-arms when they’re irritatingly flat characters with shoddy AI. And in games with dark tones and darker morality, it’s easy to find yourself becoming more like the monsters you fight than the “hero” that you were designated by the narrative. Some games, like Overlord, and Prototype even encourage it, providing you with new and creative ways to be unrepentantly and gleefully evil.

But what about being evil in a game where birds sing as the sun shines through the peaceful trees? How can you choose to spill the blood of those that have proved their loyalty to you time and time again, purely for your own selfish gain? Is it so easy to betray those who see you as a great leader, and have no other hope save for that which they put in your guiding hands? Well, if you’ve ever played Pikmin 2, I bet you’ve done just that countless times without ever feeling a thing.

In the original Pikmin title, you find yourself as Captain Olimar who has been stranded on an alien planet, and is doomed unless he can find all the parts to his damaged spacecraft before his life-support system gives out. It seems hopeless until you come across a small, red creature that starts following you around. This is your first encounter with the titular critters of the series, and although their numbers start out small, by the end of the game, they have swelled into an army that can easily swarm and destroy vicious predators many times their own size. They gave you their strength in your hour of need and in turn, you guided them to success where they previously faced only extinction. After succeeding in rebuilding his ship, Olimar leaves the planet, confident that the Pikmin can now survive and fight for themselves.

However, not all has been righted as Olimar discovers when he returns to his home planet of Hocotate, and finds that the shipping business that he works for is about to go out of business from massive debt. Olimar then presents an alien artifact (really a bottlecap) that he brought back from his odyssey as a souvenir for his family. The president of the company is astounded, saying that if they could find more treasure like that, then the revenue gained could repay the debt, and then some! Without further ado, you and your new partner head back to the unnamed planet for treasure hunting.

Of course, the best way to scour the area for goods is to utilize a force of the native creatures you encountered last time — the Pikmin again. But this time, you’re willing to send them into battle not out of desperation, not for the sake of your own life running against the clock (you have infinite time in this game to collect items), but for the sake of capitalism.

So now as each bomb rock explodes, sending Pikmin careening through the air only to land sprawled and broken before they evaporate into a ghost with a final, anguished squeal, you can know that they fought until their last breath for your checkbook. As they drown flailing in deep water with the few who can swim try desperately to drag them to the shore, they died sacrificing themselves for the almighty Poko. As a monstrous enemy swoops down and picks them off one by one, swallowing them whole and stomping them into the dust like ants, they will always stand by you, willing to give their tiny lives to protect a monetary institution that they will never see the benefits of.

Do I really need to take it that seriously though? It’s just a game, isn’t it? In any other RTS, you lose men without their dying screams keeping you awake at night. But in any other RTS, you command your troops for a higher ideal — to protect your homes and livelihoods, your families and your own life. In Pikmin 2, there is no such ideal. You’re not in danger of dying, only of facing the unemployment line. You could have selected any other planet to explore and loot of valuables, but instead you return to the Pikmin’s home. They greet you like a Messiah, and you repay their admiration by leading them to slaughter at the hands of giant spiders and snake-birds so you can pawn off trash as a collector’s item to ignorant consumers on Hocotate.

The game may be much lighter and softer than other titles that give you a chance to be horrendously evil, but leading an army of Pikmin into the bowels of the earth for money always disturbed me, and still remains to be what I consider one of the most despicable things I have ever done in a game. Whenever I go back and play through it, I always have to complete it with a self-imposed restriction of having as few deaths as possible, because I don’t want to have to sacrifice one more of those cute alien creatures for my own personal gain than I absolutely have to. I can kill thousands in other games without batting an eye, detonate a nuclear bomb inside a shanty town for the lulz, but the blood of the selfless sacrifices those Pikmin made for my own wretched greed will never be washed from my hands.

I guess it’s time to play.
Maybe we’ll go out quietly.
Ah…, ah… falling in love…
Under that sky…

On this planet, where so many life forms live,
Today once again we’ll carry, fight, multiply and then be eaten.
Uprooted, we’ll gather, and be thrown.
But we won’t ask you to love us.

We’ll work together, fight, and be eaten,
But we’ll follow you forever.
We’ll fight, be silent, and follow you,
But we won’t ask you to love us.