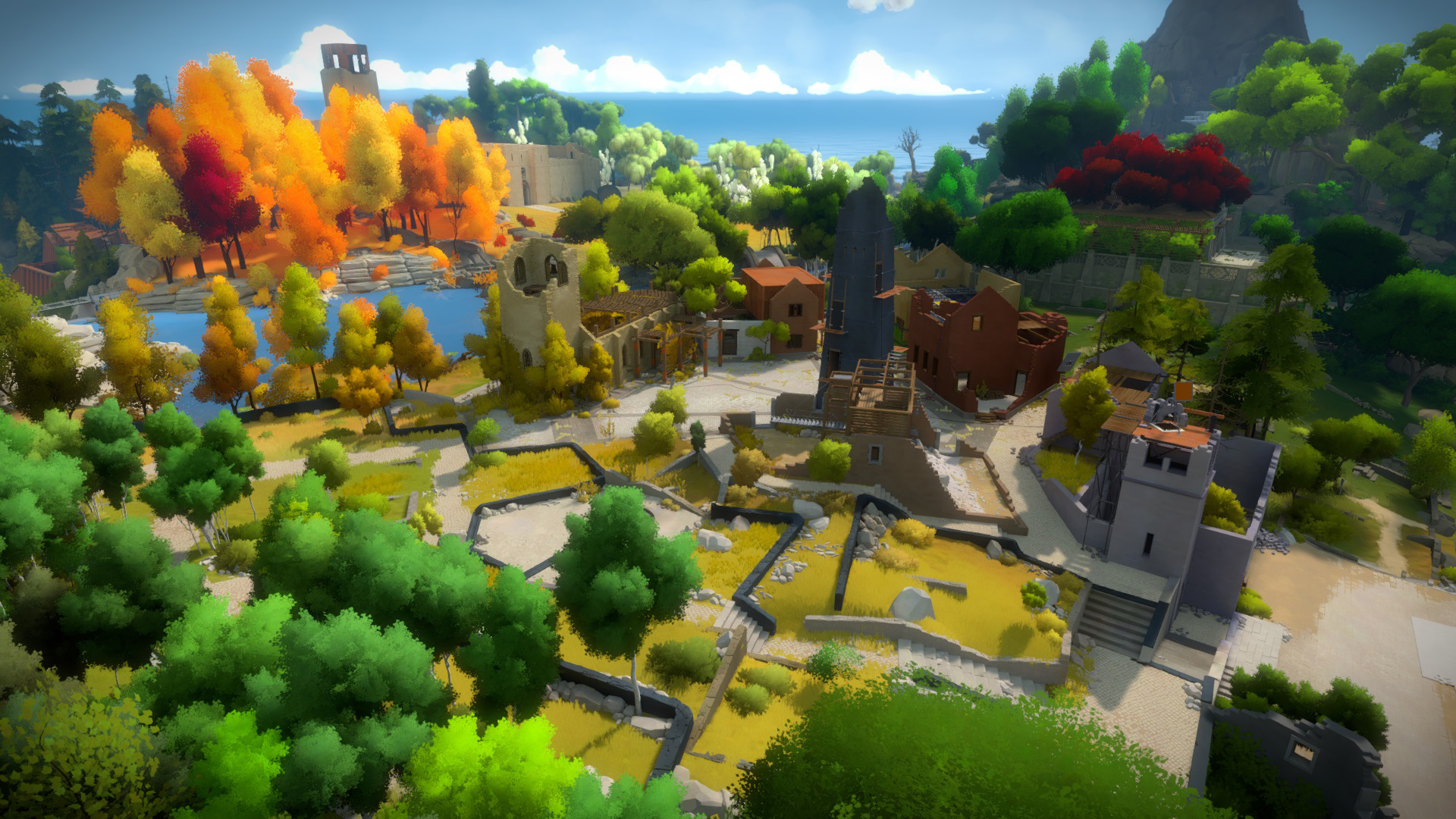 Veni, vidi, vici once before

I am something of a Witness scholar. Back in January, I spent weeks pushing myself to my brain’s limit in order to learn all of the island’s secrets by the time the review embargo lifted. I’m proud to say I accomplished that (and with no guides yet existing to tempt me, either).

Now that The Witness has released on Xbox One (a version that runs perfectly fine, by the way), I relished the opportunity to see how it holds up now that I already know everything. Predictably, it’s not the same. The Witness‘ most valuable resource is curiosity; once that’s dried up — once the sense of discovery is no longer a catalyst — then you start to view the game as a series of challenges to best as quickly as possible. That’s the absolute worst way to play The Witness.

What this amounts to is a case study in the accumulation versus the application of knowledge. In my review, I had an anecdote from my teenager years that perfectly describes the way The Witness slowly reveals itself to the player:

“I have vivid memories of sitting in geometry class in ninth grade and listening to the teacher explain why geometry is a different beast than the other maths we had already learned. ‘Don’t feel bad if you can’t do this yet,’ he said. ‘The reason is because it’s chemically impossible for you. We’re doing theorems and proofs — your brain hasn’t ever been asked to think like that before. The synapses in your brain need to fire off in order to be able to understand this; when that happens, you’ll get it and this will all be easy for you.'”

The first time I nailed those geometry proofs, it was an incredible moment. Each subsequent proof was less and less special. Eventually it was routine. I knew how to do these, I just had to apply what I had already learned.

That’s what playing The Witness for the second time is like. I don’t remember the specifics of any of the puzzles, but I remember the rules. That’s all it takes. Two puzzles that I originally spent five cumulative hours on (because I stubbornly refused to go elsewhere) took less than a minute this time. I felt like a Fields Medal winner ashamed that he didn’t understand addition at some point in his life.

It seems safe to say that acquiring knowledge is almost always going to be a more exuberant experience than applying it. That’s the case with The Witness. It’s a brilliantly (maybe perfectly) designed title and my surefire pick for game of the year. But, your second trip to the island is nowhere near as special as your first.

Filed under... #The Witness#Top Stories