…not a first-person shooter

Counting up the votes for Dtoid’s Best Multiplayer Design was exciting. I had no idea how the voting would go. Big games like Destiny, Titanfall, and Call of Duty: Advanced Warfare didn’t do half as well as you might have expected In fact, Advanced Warfare got just as many votes as small-but-scrappy titles like Sportsball and 1001 Spikes. Nidhogg and Sportsfriends managed to beat the lot of them though, landing near the middle of the ranks.

Sadly, Plants vs. Zombies: Garden Warfare didn’t do so hot, though I chalk that up in part to the fact that not a ton of our staff have played it yet. On the other hand, it was nice to see a strong showing from write-ins like Samurai Gunn, Octodad, Divinity: Original Sin, Borderlands: The Pre-Sequel, Screencheat, Crawl, Cannon Brawl, Gang Beasts, Mercenary Kings, Hearthstone, Magicka Wizard, and GTA Online.

In the end, it was down to three big games: Towerfall: Ascension, Mario Kart 8, and Smash Bros. for Wii U. Keep reading to find out which title won, and don’t forget to vote in the Reader Poll! 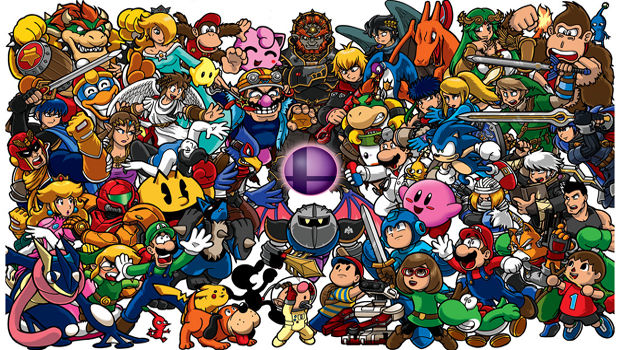 Don’t act too surprised. Like you might have guessed, Super Smash Bros. for the Wii U won our award for Best Multiplayer Design, and for good reason. Eight-player brawls, the Smash Tour board game mode, the incredibly varied and interesting character roster, co-op in just about everything, and the weird “multiplayer against your toys” amiibo integration all added together to help Smash Bros. push past the always crowd-pleasing Mario Kart 8 and the young and plucky Towerfall: Ascension. That’s not to say it wasn’t close call. This one was a squeaker. If just one of our staff members had voted differently, either of the two runners-up could have taken the top spot.

Congratulations to the teams at Nintendo, Bandai Namco Entertainment, and Sora for the win! Now about that rumored Ice Climbers DLC…