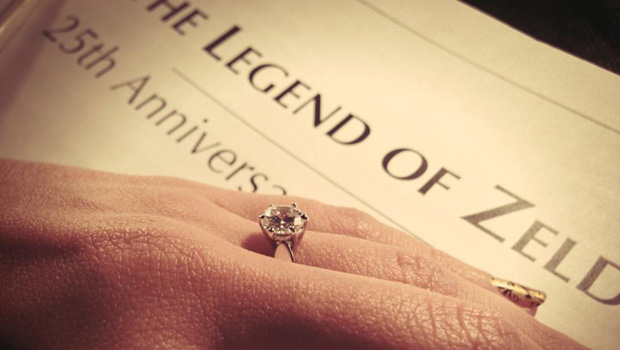 Even though I already attended The Legend of Zelda: Symphony of the Goddesses in Los Angeles during E3 week, when I learned that the show would be performing in my home town of West Palm Beach, I knew I had to see it one more time. And my friends, I am so glad I did.

Though the Kravis Center is not as large a venue as the Greek Theater, this show was not without its share of surprises. The biggest one? Just before intermission, concert producer Jeron Moore took to the stage and asked that the spotlight be directed towards a young couple in the middle of the room. This guy gets down on one knee and proposes to his girlfriend, and the entire audience erupts in joyous celebration. My heart melted right then and there.

If only the orchestra had played the “Item Get” fanfare when he slipped the ring on her finger, though I’m afraid that would have been too much for anyone to bear.

This weekend’s biggest news is undoubtedly the announcement of Street Fighter X Mega Man, an inkling that Capcom might still have a soft spot for the Blue Bomber. Allistair Pinsof also kills it with his in-depth coverage of BioShock Infinite. Elsewhere, I offer my impressions of the final issue of Nintendo Power, then I reminisce about Nintendo Power‘s Super Power Supplies catalog in the long-awaited return of my Offbeat Hall of Fame series.

Community:
Epic comment: Elsa on Tropes vs. Women featured on Reddit
Communitoid 004 – CHRISTMAAASSS!Community blogs of 12/8 & 12/9
Forum thread of the day: my computer blew up

Offbeat:
HAWP: This video is about BOOBS
It’s a ‘certainty’ that this chip album is Cthulhu-tastic
The GamesMaster sadly passed away
Goku is Cut Man! Cut Man is Goku!