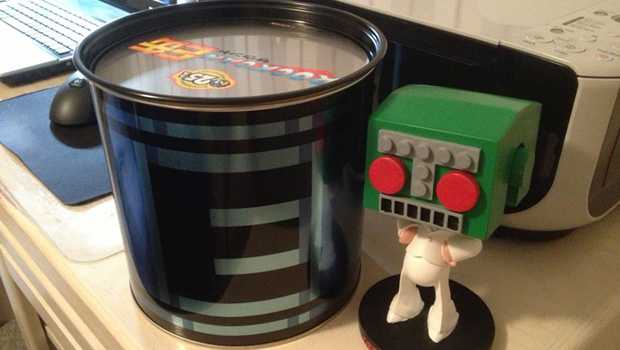 Last week, my Rockcan arrived. This thing is friggin’ massive. See? There it is towering over my Mr. Destructoid bobblehead. I know it came with a bunch of music, but now I’m kinda excited thinking about the possibilities of my very own life-size E Tank. I think I’m going to fill it with protein bars and carry it under my arm wherever I go, then I’ll be able to refill my energy at any time… just like in the game!

This weekend, Storm Dain is back for some Mortal Kombat, Chris Carter discusses the new WoW expansion pack, Sup, Holmes? returns from hiatus to harass Derek Yu of Spelunky fame, and Daniel Starkey kicks off a new series about hot gamer culture spots across the country, starting with Minneapolis.

Oh, and speaking of giant collections of Mega Man music, check out the “Mega Man 11” soundtrack by Xavier “mv” Dang!

The voice of the Twin Cities

Original Killzone assets were nearly lost in a shoebox

US Court: Google can’t enforce German Xbox 360 ban in US

I forgot that Resident Evil: Damnation was a thing

Get equipped with the fan-made ‘Mega Man 11’ OST

I can’t wait to play Code of Princess

Cloudberry Kingdom lets you decide how bad you want it

Taiko Drum Master 3DS has the best song list ever

‘Worst game ever’ gets an awesome tribute/sequel