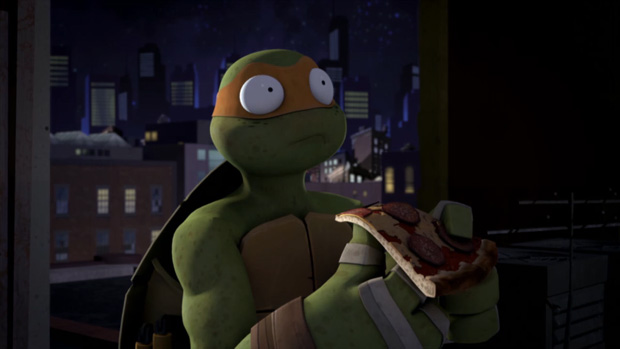 The new Teenage Mutant Ninja Turtles series is five episodes in, which is enough time for me to finally say… welcome back, guys! This new iteration truly brings the comedy element that the 2003 series — which was awesome, don’t get me wrong — was lacking. Also, I’ve never seen the Turtles so animated. You have to watch the show to see what I’m talking about.

Of course, there are things I don’t particularly like. For instance, by aging down April in order to be more relatable to the Turtles, she’s effectively become useless. At least, she hasn’t done anything of note in these first few eps.

On the upside, BEST. SPLINTER. EVER.

Merging toys and videogames with Skylanders

Forum thread of the day: Happy halloween! (A little early, no?)

Pokédex entries must have been written by children

Disgaea D2, a true Disgaea sequel, is on the way